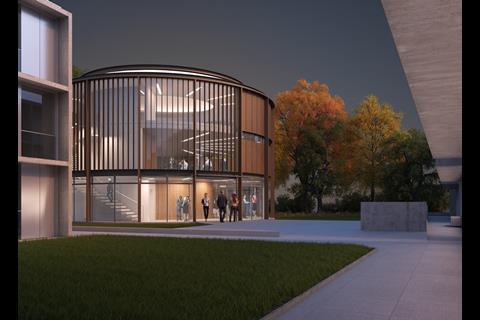 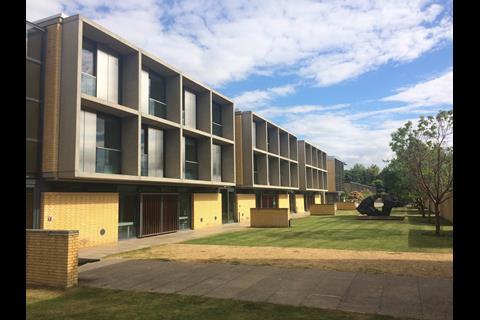 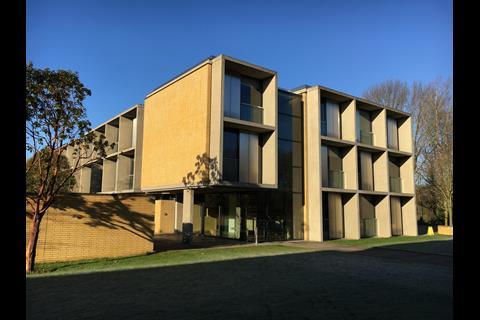 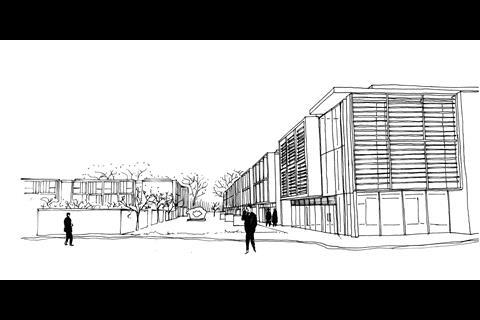 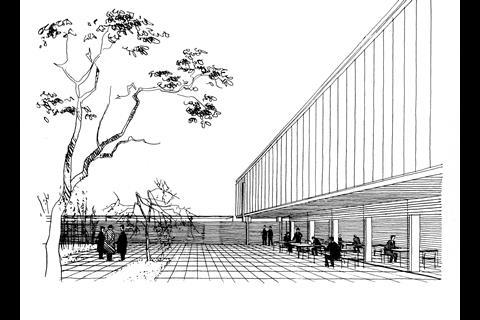 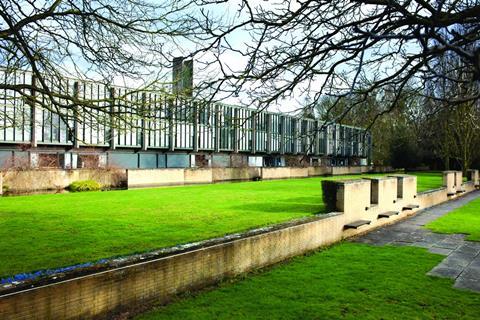 The west terrace overlooks a river. Visitors enter via a footbridge and pass through the terrace into the central court. 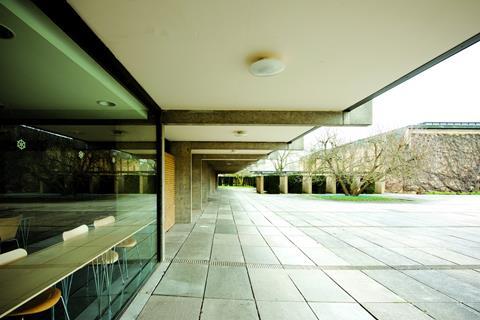 View along covered walkway towards the common block and dining hall. 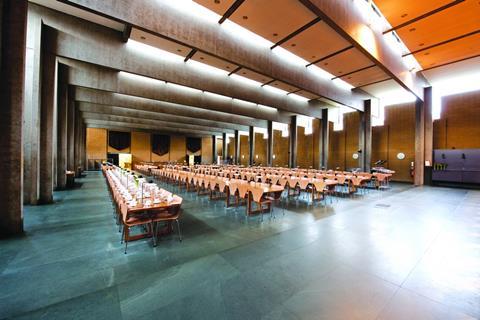 Arne Jacobsen designed the lighting, cutlery and furniture throughout the dining hall as well as the rest of the college. 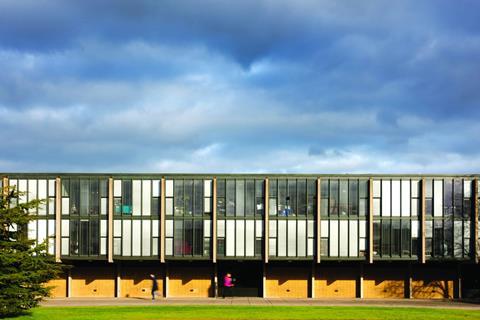 Jacobsen combined a limited palette of materials with clarity and repetition. 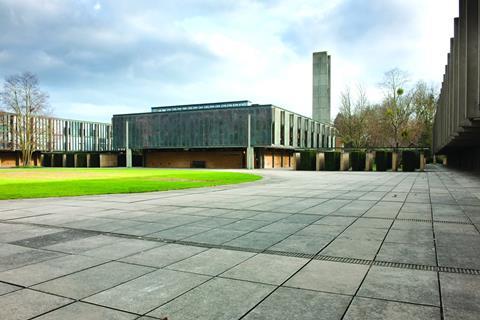 The Library: View across the central lawn, with the bell tower beyond. 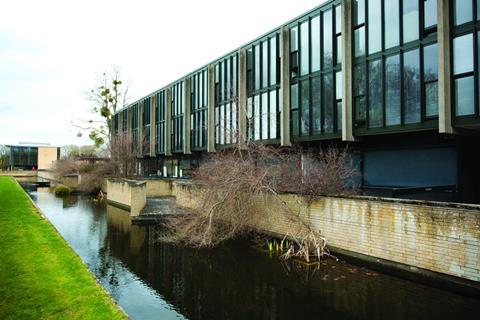 The facade of each building is closed off in a different way – one is clad all the way down, one is open with a brise-soleil, another closed with brick. 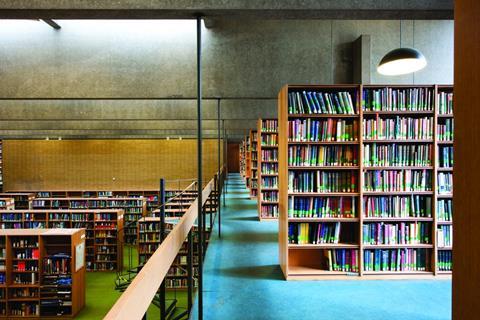 Inside the library at St Catherine's College, by Arne Jacobsen 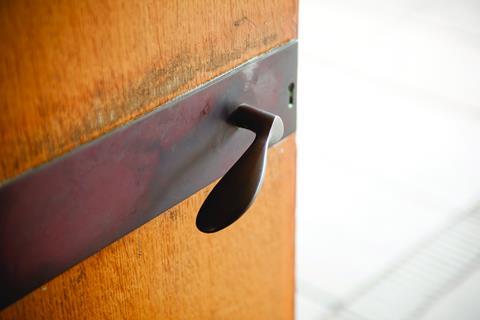 Jacobsen took everything down to the last detail, playing with the same few materials to create different effects in each space 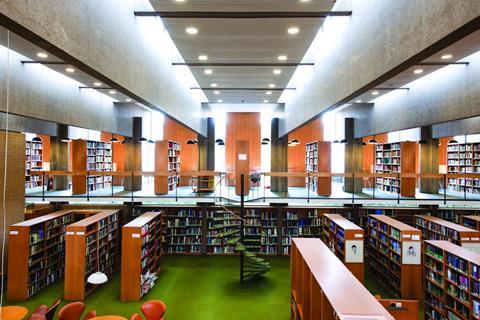 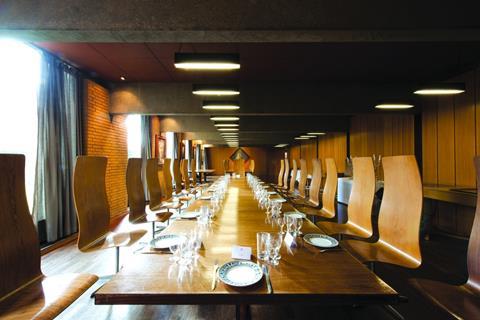 Everything is so complete, right down to the tapestry and the furniture, ceramics and cutlery in the dining room 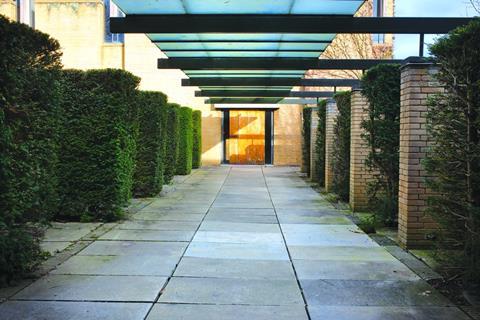 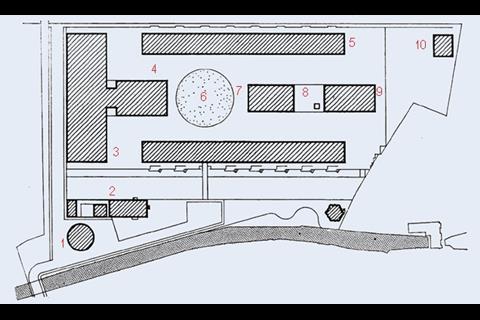 Purcell Architects has won planning permission for a new phase of development on the campus of Arne Jacobsen’s grade I-listed St Catherine’s College in Oxford.

Its proposals will deliver a new graduate centre with 78 student bedrooms, a new Middle Common Room and a seminar room, through the introduction of four new pavilions on the site.

Jacobsen designed the college’s main campus in its entirety, with his approval required for the landscape gardening, furniture, the cutlery and the species of fish introduced to its ornamental ponds. It was built between 1960 and 1964.

Since Jacobsen’s death in 1971 additional buildings have been delivered by the Danish architect’s assistant, Knud Holscher, and Stirling Prize-winning RIBA past president Stephen Hodder.

Purcell’s design, approved by Oxford council earlier this month, builds on the second phase of Hodder’s work and is described by the practice as following his typology “as sensitively as possible” for the expansion, which the college said used up its “last available” development space.

Three of the four new buildings will provide graduate accommodation; the fourth – the graduate centre – is a bronze-clad cylindrical structure that references Hodder’s use of stainless steel. 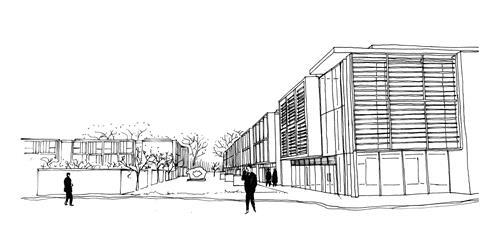 Purcell senior architect Matthew Tromans said that at three storeys, all of the new buildings were the same height as the other buildings on the site, and used the design grid that permeated the campus.

“It is hugely rewarding working with St Catherine’s College on this exciting project,” he said. “They have a wonderful architectural legacy of which they are proud custodians.

“The graduate centre references both Hodder and Jacobsen’s work, being purposefully ‘new’, yet of its place.” 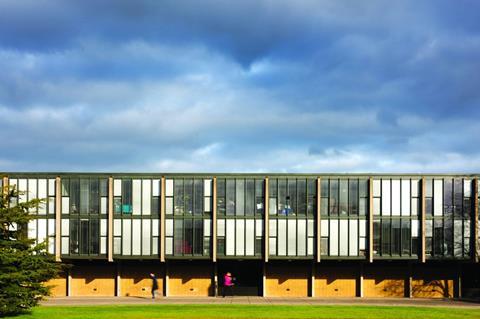