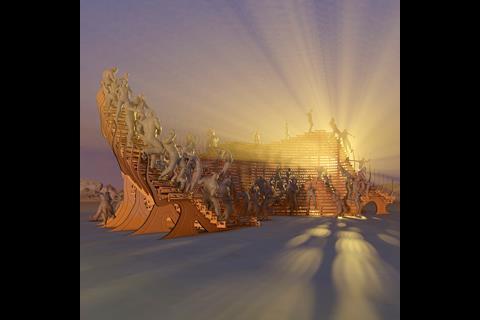 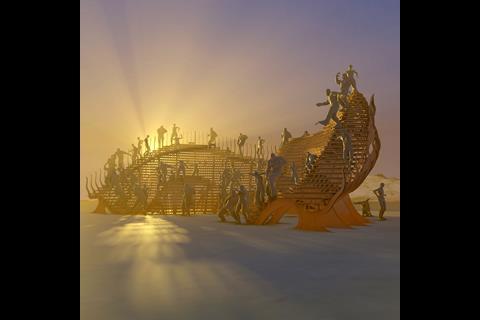 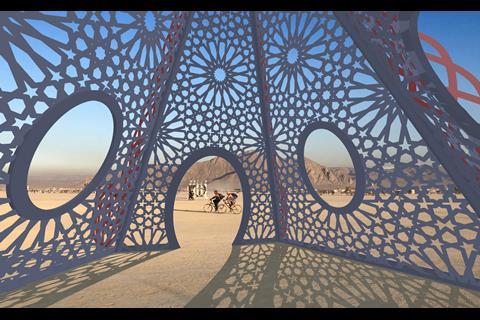 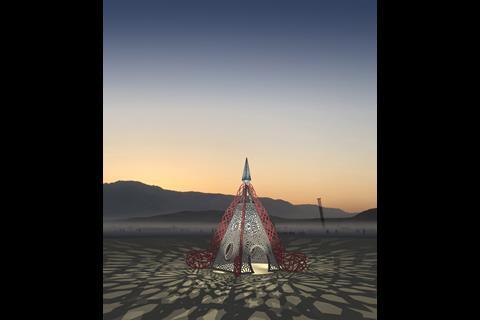 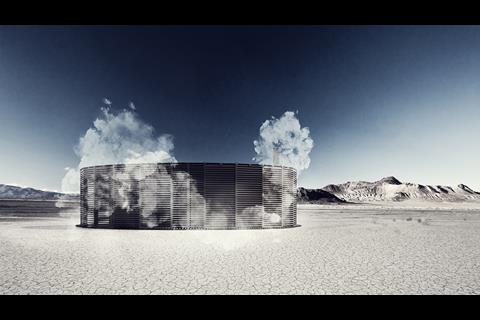 JKMM's Sauna in the Desert proposal

Practices bound for this year’s Burning Man festival in Nevada’s Black Rock Desert have unveiled some of the pavilions and installations event-goers will be able to experience.

London-based Atmos Studio has already started work on its PlayaScape feature, which it said “spliced the genes of a Euclidean radial amphitheatre with a fantasy landscape more familiar from sandstone canyons and termite-mound tower”.

It added that series of stepped contours at varied degrees of steepness around a semi-circular bowl echoed the plan of Black Rock City at the same time as “offering a space for the community to connect and interact”. 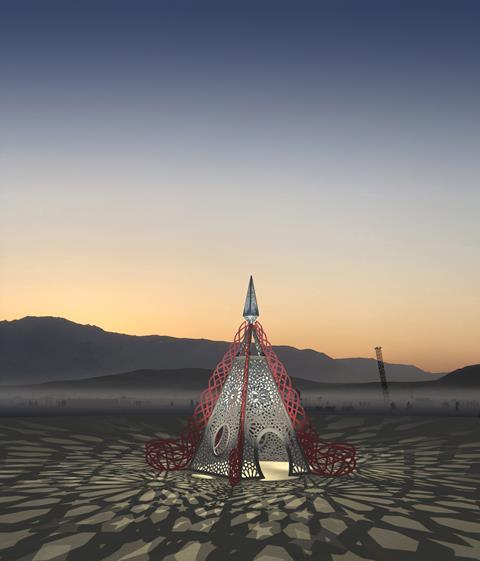 San Francisco-based John Marx’s “Andromeda Reimagined” installation takes the form of a five-sided pyramid that is illuminated from inside, projecting “whimsical light” on to the night-time desert floor. Inside, its plush interior pays homage to Andromeda with four oval paintings by Mary Graham and a hanging panel displaying the structure’s thematic poem, “How Brightly”.

Marx said the structure related to the “infinite potential of the stars in the sky – specifically the Andromeda constellation, but not in any literal way”.

The festival, which runs from August 25 to September 2, will also include the Steam of Life sauna by Finnish practice JKMM. 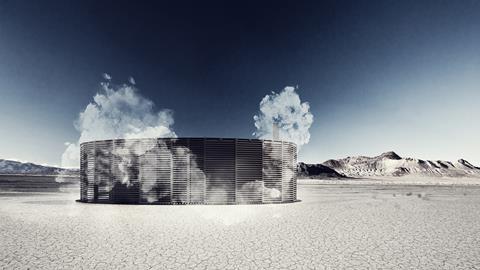 JKMM’s Sauna in the Desert proposal