Canalside building to be first element in £650m regeneration scheme 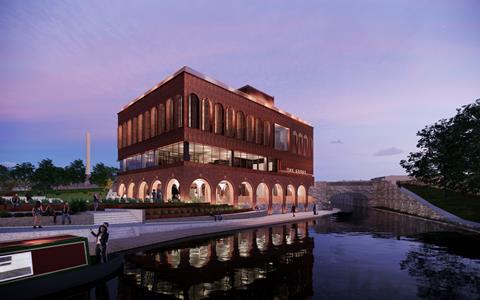 Plans have been lodged for a £9m Jestico & Whiles-designed commercial scheme in Nottingham.

Known as Canal Turn, it will be the first part of a £650m mixed-use scheme called The Island Quarter. 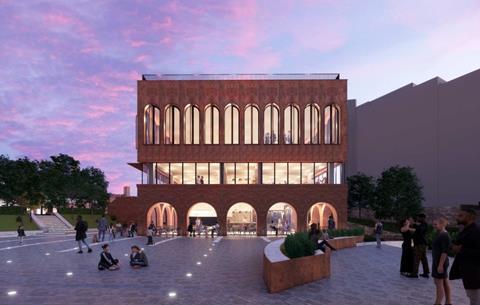 Designed for developer The Conygar Investment Company, it will see a three-storey, 2,000sq m waterside pavilion built that will house two restaurants and around 500sq m of events space.

The scheme will also feature a bandstand and a rooftop terrace with views of the Nottingham Beeston canal, which was built in 1796 by engineer William Jessop. 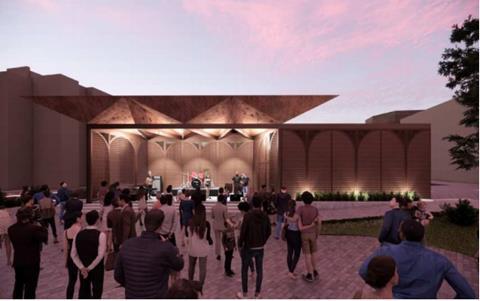 How the bandstand will look

Submitted for planning last month, Nottingham city council is due to make a decision in October with completion scheduled for November 2021. The main contractor is Sir Robert McAlpine.

The wider 40 acre site is planned to be developed to provide new homes, office space, creative space, a hotel, retail space, student accomodation and a park. 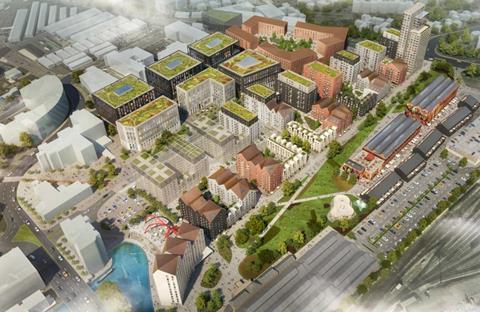 The wider masterplan for The Island Quarter