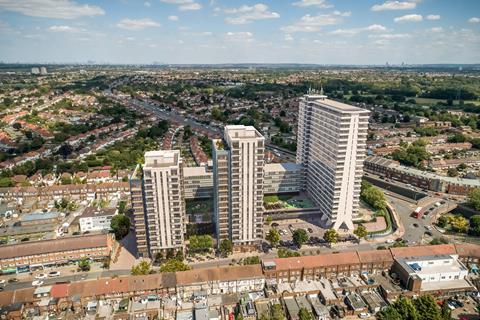 Seifert’s Tolworth Tower (right) would have benconverted into flats, with two new blocks added to the site, under 3D Reid’s proposals

Developers behind 3D Reid proposals to convert a monolithic Richard Seifert office tower in south London into homes and build two sister blocks nearby have seen the scheme rejected at appeal.

The practice’s design for the 22-storey Tolworth Tower, built in 1964, would have created 499 new homes in the structure and the 19- and 15-storey blocks set to be built on the site of shops on Tolworth Broadway.

When it lodged the proposals at the beginning of 2021, developer Meadow Partners said it had become increasingly hard to attract office tenants because of low floor-to-ceiling heights in the tower, which would have hosted 261 flats, ranging from studios to three-beds, under the 3D Reid scheme

But following a 12-day planning inquiry last year, inspector Yvonne Wright has dismissed the development team’s appeal into the Royal Borough of Kingston upon Thames’ refusal of consent for the proposals.

In her 23-page decision, Wright said that while the authority could not demonstrate a five-year housing supply – which often gives developers an open goal to get consent for new residential development – other factors were more problematic. 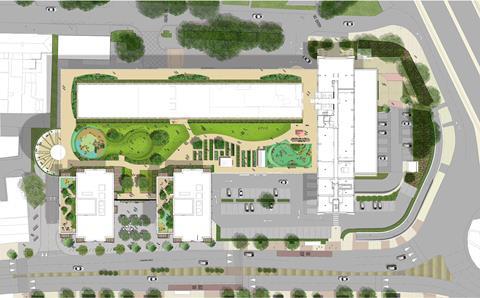 The inspector said that the proposals would result in a “significant loss” of employment floorspace provision and that there was a “lack of robust evidence” on the feasibility of using the tower or parts of it for low-cost and affordable workspace.

“Overall, I have found that the proposal as a whole would materially harm the vitality and viability of the district centre,” she said. “These factors carry substantial weight in the planning balance.”

Wright added that the overall design of the proposals failed to comply with the National Planning Policy Framework. She also said that the developers had failed to demonstrate that a site-wide energy approach was unachievable, and were therefore unable to show that on-site carbon reductions had been maximised. 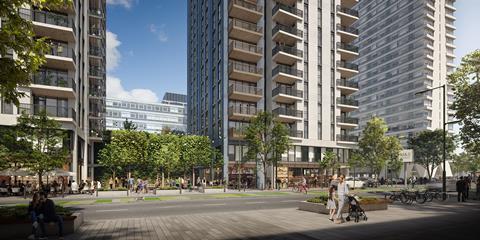 “Accordingly the policy requirement for on-site net zero-carbon has not been achieved and the proposed energy approach is not justified,” she said. “Within the context of the London Mayor declaring a climate emergency and the need to urgently minimise greenhouse-gas emissions and energy demand, this finding carries substantial weight.”

Wright said that while the provision of new homes and the opportunity to refurbish the vacant and “deteriorating” Seifert block were positives, they did not outweigh the “accumulation of harm” she had identified with the proposals.

She concluded that as a result the scheme could not be allowed to benefit from the “presumption in favour of sustainable development” that is enshrined in the NPPF.