Scheme at 55 Broadway was sold to developer last year 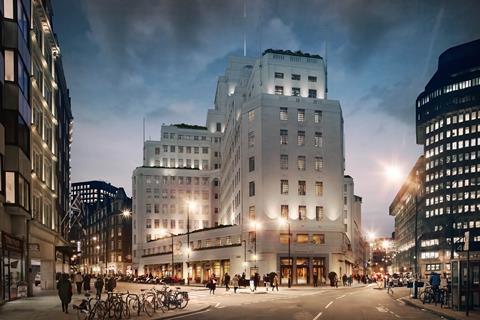 Plans by EPR Architects to turn the former headquarters of London Underground at 55 Broadway into a luxury hotel have been given the green light by Westminster council planners.

The grade I-listed building (pictured), drawn up by architect Charles Holden, best known for designing many of the stations on the network, will be turned into a luxury hotel to be operated by Blue Orchid Hotels.

The plans include the adjacent 100 Petty France and Wing Over Station, part of the wider 55 Broadway complex.

Built between 1927 and 1929, the building, which incorporates St James’s Park Underground Station, was upgraded from grade II to grade I status in 2011 but is now claimed to be unfit for most modern office uses.

It was sold by Transport for London to IIG last summer and the transprt authority moved out earlier this year.

A previous plan for TfL by Tate Hindle to convert the building into flats and office space won planning in 2015 but was eventually canned.

Trilogy Real Estate has been working with Historic England on the new scheme as development manager.