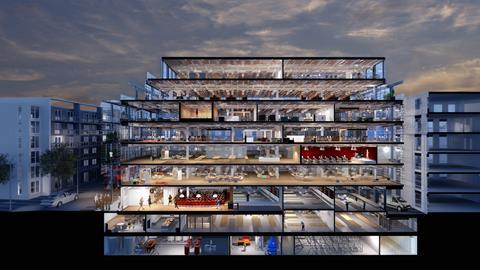 Pilbrow & Partners has submitted plans to Islington council for a new workplace building at Tileyard Studios in King’s Cross.

Designed with Patrick Bellew of engineer Atelier Ten, Pilbrow said the building would create workspace in the Tileyard Studios music and entertainment complex – home to the likes of superstar record producer Mark Ronson and dance act The Prodigy – which emerged out of derelict warehousing 12 years ago and is now the base for 400 firms and 1,000 people.

The new building is planned for York Way and will include workspace, exhibition areas and meeting rooms.

Pilbrow founded the 60-strong practice back in 2013 after leaving PLP. He was one of the architects who broke away from KPF to form PLP 10 years ago. 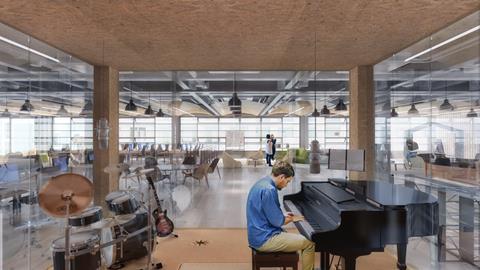 How the interior of the scheme will look when finished