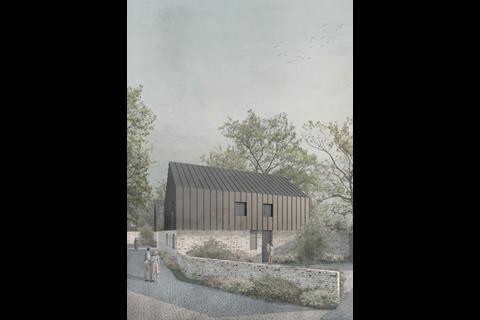 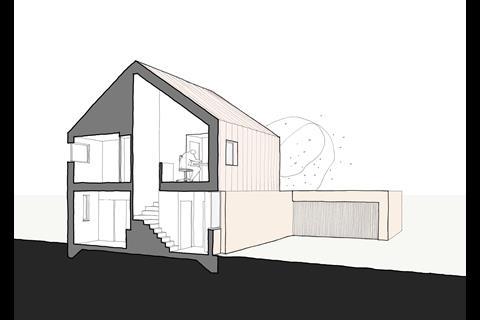 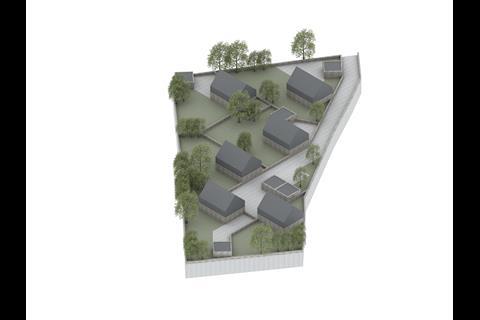 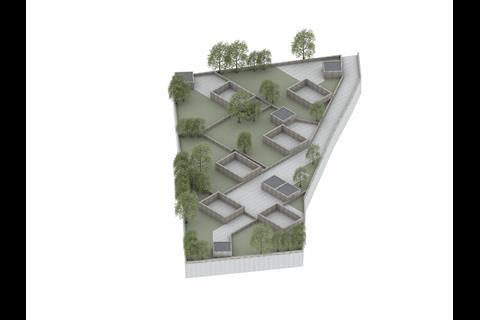 This is a new certification intended to recognise the production of onsite renewable energy by passively designed building, which in this case includes south-facing photovoltaic panels.

The scheme is in West Tofts, a village in the Thetford Forest area of Norfolk that was requisitioned for wartime military training. Many residents never returned and the area – in what is now being dubbed the Cambridge-Norwich Tech Corridor – still shows signs of the trauma, with several disused and dilapidated buildings.

The proposals have been commissioned by a family whose parents used to live on the 0.51ha site opposite the West Tofts Army Camp and who want to kick-start the formation of a new environmentally and socially sustainable rural community. 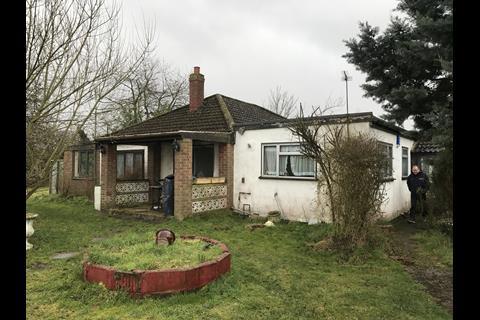 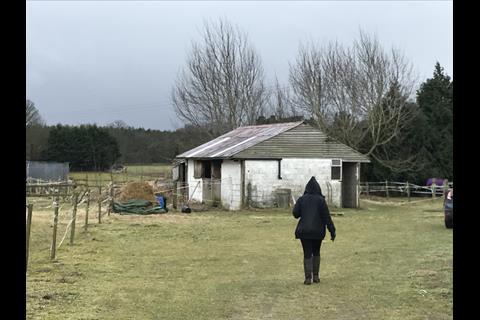 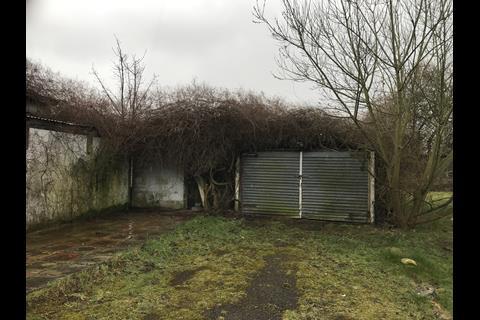 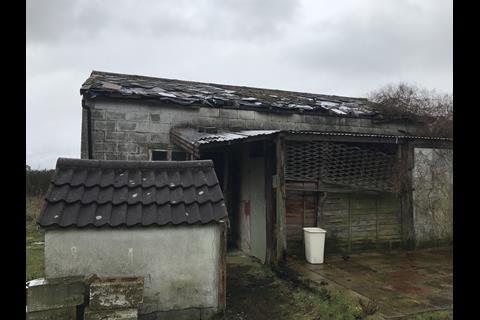 The scheme is unified by a plinth of local stone which forms a datum for the development, references local walls and defines gardens and driveways across the site. Above this the homes will be clad in zinc with concealed gutters and larger windows on their southern façades. 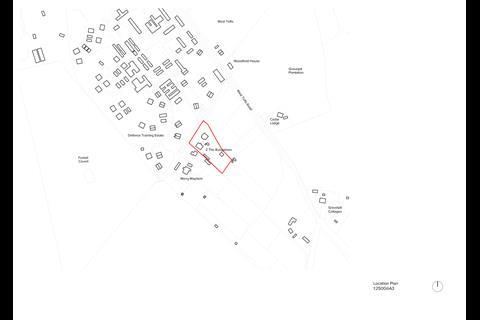 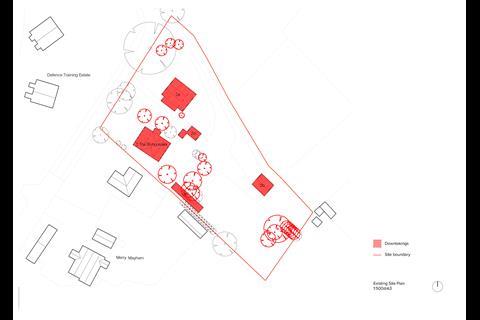 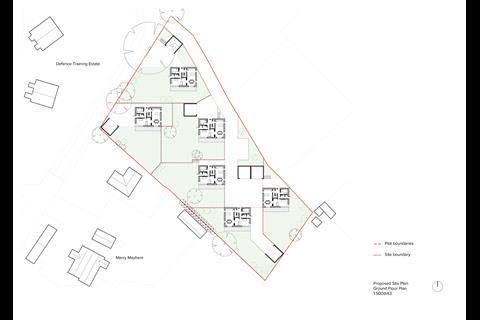 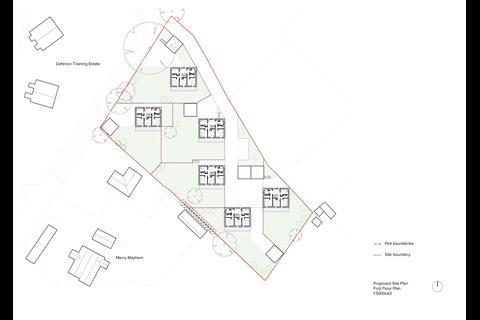 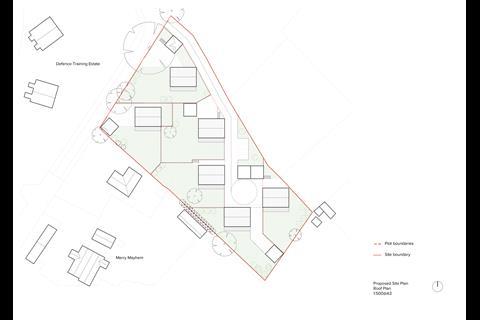 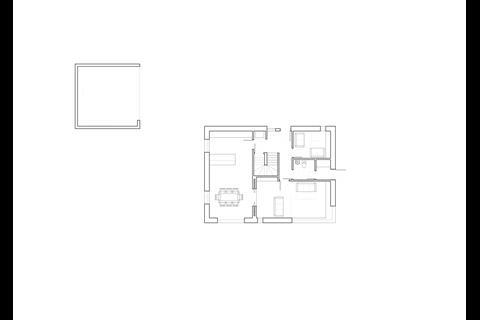 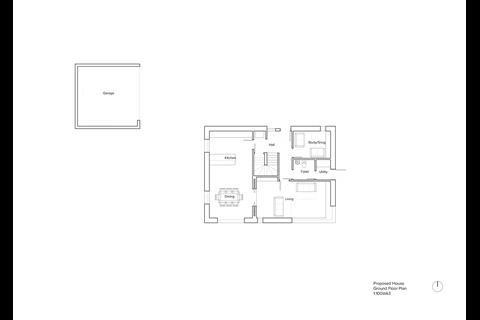 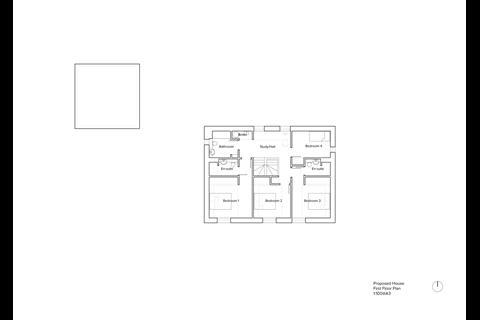 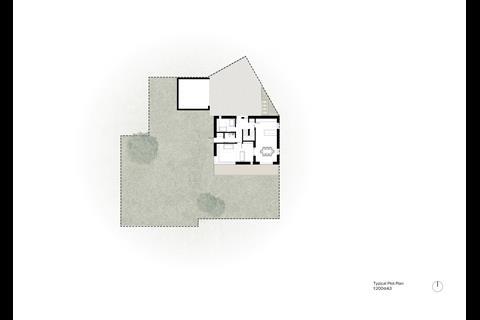 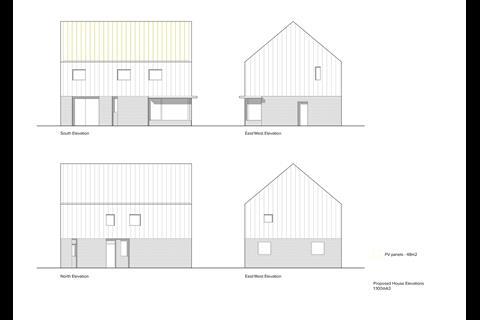 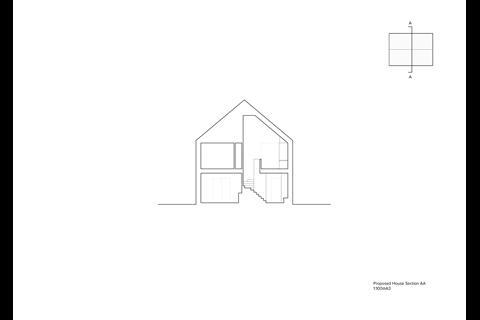 John Lambert, joint owner of the site, said he hoped the development would be occupied by people working in research facilities in the area. “Our parents, I’m sure, would have been delighted that their land had a positive outcome for the regeneration of the hamlet that is West Tofts and the general housing shortage in the UK, especially using these revolutionary carbon-neutral building techniques,” he said.

Sam Brown, director of O’Donnell Brown, said he hoped the scheme would be a catalyst for further action to mitigate climate change and demonstrate the need for people to live greener lives.