MPs: Tell us about the economic role of good placemaking

All-party group wants to build evidence base for policymakers 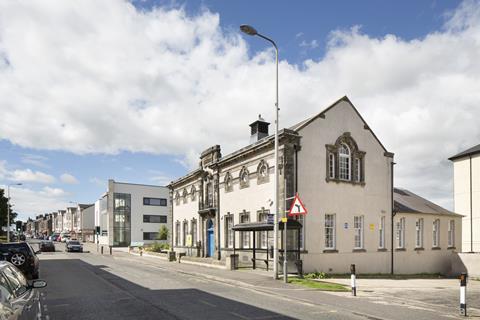 MPs have launched a call for evidence from architects and planners on how good placemaking can boost the economy.

The All-Party Parliamentary Group (APPG) on Building Communities aims to demonstrate how placemaking can lead to greater productivity in the UK.

It is asking for contributions from all organisations with an interest in the built and natural environment to contribute.

It wants to build an evidence base that can be used by policymakers when engaging with the built and natural environment.

“More needs to be done to understand how places that are designed and delivered with space, health, accessibility, resilience and engagement in mind can be more productive places, driving inclusive growth with better economic and social outcomes across a city, region, nation, or the whole UK,” he said.

The UK has a productivity gap that was a drag on its economic performance, said Hannah Vickers, chief executive of the Association for Consulting and Engineering (ACE), which acts as secretariat to the APPG.

“Despite being the most productive economy in Europe in the 1960s, the UK has steadily fallen behind France, Germany and the United States,” she said.

“Within the UK, there is a 44% difference between the most and least productive cities. To combat this decline, the government has launched the industrial strategy at a national level to help bridge the gap.

“The APPG feels, however, that there is a local dimension to improving UK productivity that requires a greater focus on the role of the built environment.

“Our belief is that the UK needs to make productivity a more tangible part of the planning and design process at this local level to achieve improved economic results and thriving local economies.”

To find out more about how to contribute, email Julian Francis, ACE director of external affairs, at jfrancis@acenet.co.uk