A committee of MPs has lambasted the housing ministry for failing to effectively deliver a string of housing policy promises, including the abandoned Starter Homes initiative. 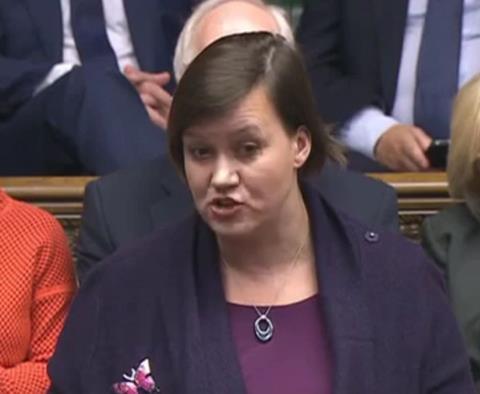 The report by the Public Accounts Committee accuses the ministry of a “deplorable” and “woeful” cycle of “abandonment and reinvention” of policies, with the Labour chair of the committee, Meg Hillier, calling on it to stop making “false promises” to those in housing need.

The ministry responded by branding the report “false” and “misleading”, saying the department had helped over 650,000 households into home ownership since 2010.

The report claims that not one of the housing programmes announced by the government since 2015 had delivered its objectives, criticising in particular the department’s failure to deliver the Starter Homes programme, despite the fact 85,000 potential buyers had registered an interest in it.

A 2019 report by the National Audit Office found that not a single Starter Home had been built, despite the fact that building 200,000 of the discount homes for first-time buyers had been a flagship manifesto pledge of former prime minister David Cameron.

The government committed £2.3bn to the policy but never laid the secondary legislation necessary to allow the homes to be built, only publicly admitting it had ditched the policy at the start of this year.

The report also said the department was “unable or unwilling to clarify how it will achieve its ambition of 300,000 new homes per year by the mid-2020s”, and had refused a request to provide year-by-year projections of how many homes would be built.

It added: “Not one of the promised housing programmes has delivered its objectives. Indeed, most have fallen woefully short.”

It said much doubt remained over the planned introduction of First Homes – an evolution of the Starter Home policy, delivered through planning contributions.

It called on the department to start setting out “realistic, staged” plans which had more of a chance of achieving their objectives.

Hillier said the ministry had serially failed to make a serious attempt to execute its own housing policies or “achieve targets before they are ditched, unannounced – [with] costs sunk and outcomes unknown”.

“MHCLG needs to ditch instead the false promises and set out clear, staged, funded plans, backed by the necessary laws and with a realistic prospect of delivering.”

>> Julia Park: Why the Starter Homes Programme is a non-starter

A spokesperson for the housing ministry said: “These false claims ignore the facts. They are misleading and we reject them – since 2010 over 663,000 households have been helped into home ownership through government schemes.”

The spokesperson added that the department oversaw the construction of a quarter of a million new homes last year, “the highest number in over three decades”, and was investing over £12bn in affordable housing over the next five years. “Our new First Homes scheme will help local people and key workers buy their own home, in the area they already live, at a discount of 30%,” the spokesperson said.

The government claims that more than 1.8 million homes have been built in England since 2010.