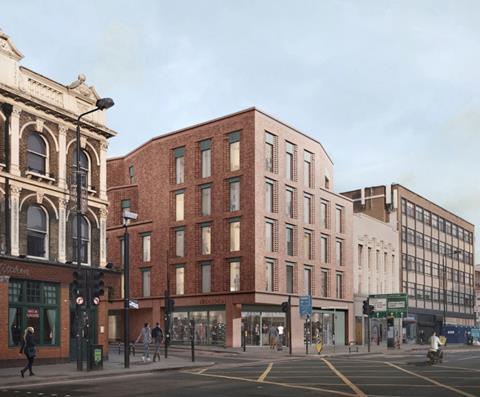 Morris & Company has won planning for a mixed-used scheme in Camden Town.

Camden council approved the project which will see three apartments for social rent built as part of a new hotel development.

Designed for developer Demar Holdings, the 80-room hotel will be built halfway up Camden High Street and operated by Premier Inn.

The three flats that form part of the four- and five-storey scheme will have two bedrooms each.

The hotel will be built on the site of a Sports Direct shop (pictured), formerly a branch of Woolworths, which will be demolished to make way for the development.

There will be a new retail unit on the building’s ground floor. 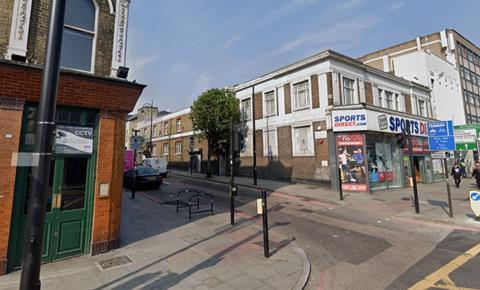