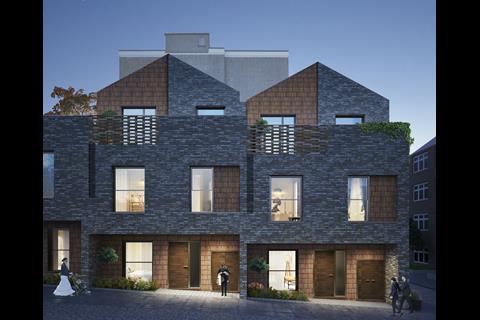 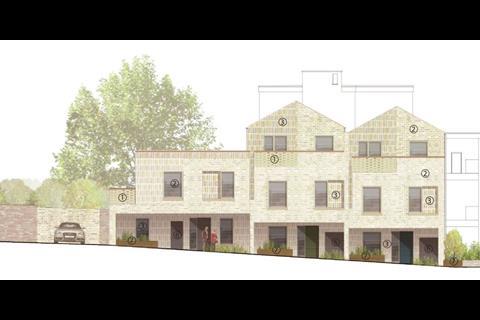 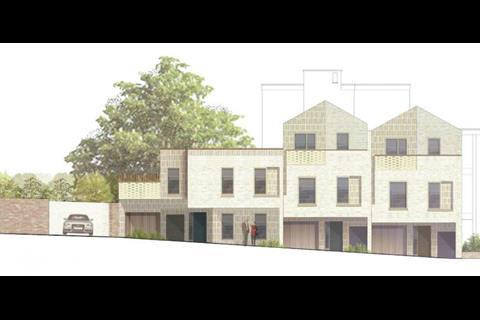 Front elevation of the original version of Metropolitan Workshop's Ordnance Mews infill housing for City West. The scheme's design was tweaked to convert the homes' integral garages into bedrooms 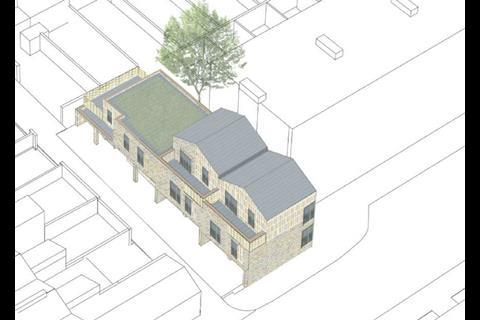 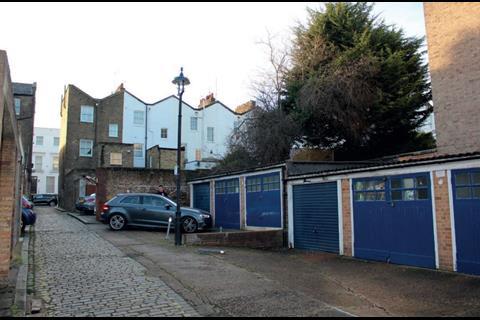 The garages in Ordnance Mews, Westminster, which will be demolished to make way for Metropolitan Workshop's infill housing 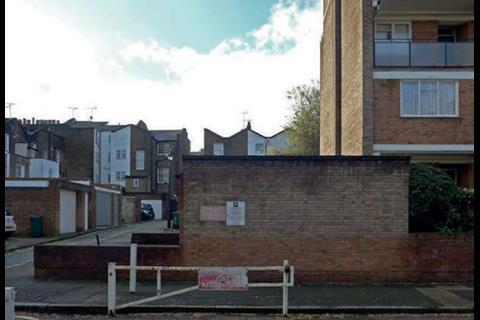 Its plans for Ordnance Mews in affluent St John’s Wood were drawn up for City West Homes, the council’s arm’s-length housing organisation, and originally went before planning committee members in December last year.

However, councillors questioned the need for the three proposed homes to have integral garages and deferred the application for the scheme to be redesigned to incorporate habitable space.

Under the revised scheme, the properties have been turned into three-bedroom homes with no garages. MetWork’s redesign retains the properties’ main living space on the top floor, however.

Recommending the proposals for approval Westminster planning officers said City West had responded to councillors’ concerns, and other issues raised by conservation group the St John’s Wood Society and set the terrace back 1.5m from the highway in adjoining Aquila Street to reduce the need for screening to protect neighbouring homes.

“The amendments to the detailed design and form of the proposed building are acceptable in design terms and would not harm the character and appearance of the St John’s Wood Conservation Area or the setting of the neighbouring listed buildings in St Ann’s Terrace and St John’s Wood Terrace,” they concluded.

Earlier this year MetWork won planning permission for two other infill schemes for City West that involved the redevelopment of garage sites in Maida Vale, around one mile west of Ordnance Mews. 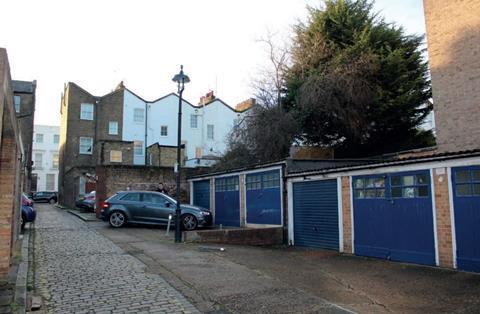 The garages in Ordnance Mews, Westminster, which will be demolished to make way for Metropolitan Workshop’s infill housing