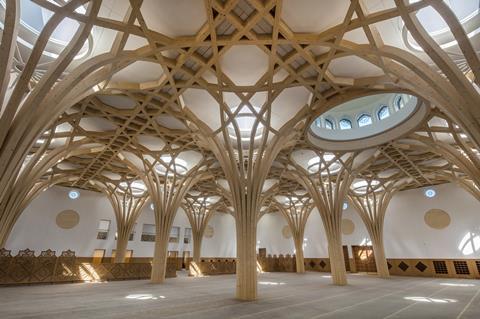 Cambridge Central Mosque by Marks Barfield Architects has scored a hat-trick in the regional RIBA awards.

The building, one of David Marks’ last projects, was named building of the year by RIBA East as well as picking up the Client of the Year award and Project Architect which went to Matthew Wingrove.

RIBA East, North East and South West are the latest English regions to declare their winners, all of which will now go forward to the national awards – which would give them a shot at Stirling Prize glory. 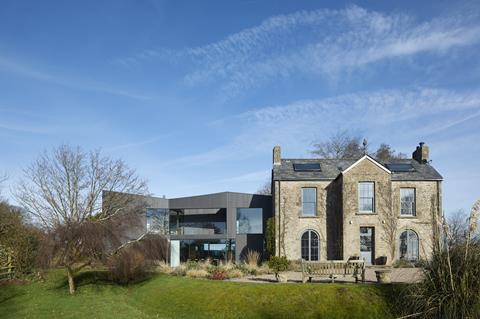 The South West Building of the Year went to Alison Brooks Architects for a £1.95m extension to an 18th-century farmhouse in Lydney, the highest point in Gloucestershire. It is part of a 10-year project to turn Windward House into a home and gallery of Indian and African sculpture. 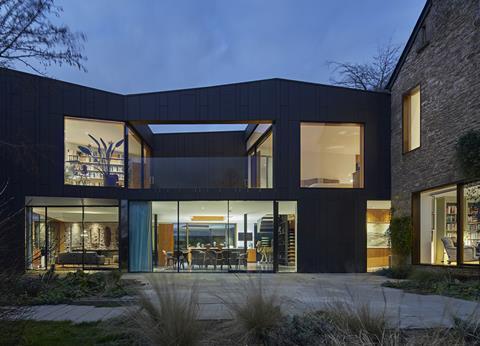 The judges said: “The extension, larger than the original house but clearly subordinate to it, contains a luminous interior. The architect’s distinctive skewed geometries make an architecture of shifted planes in plan, section and elevation. This gives rise to an extraordinarily complex and fully resolved play of solids and voids, and a sense of openness, with carefully considered views in all directions. And yet, underlying the elasticity of the architecture is a strong spatial ordering: the sidelong homage to Mies van der Rohe in the form of delightfully light cruciform steel columns (skewed, of course) is well-founded. As importantly, this carefully calibrated geometrical warping creates a relaxed ambience entirely in tune with the spirit of the project and the place.” 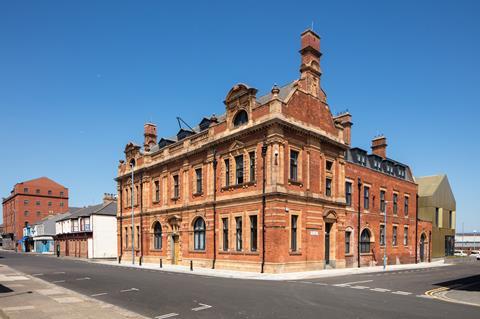 The building of the year trophy in the North East went to Group Ginger’s repurposing of Hartlepool’s northern renaissance-style grade II-listed post office into creative workspace.

To create BIS Whitby Street Studios, the practice added a large gold extension, with the judges praising the composition of volumes between old and new as “well judged”. They added: “Colour is central to the project and is handled with expert precision; there could have been a danger of sensory overload with colour, texture, exposed services and cellular office spaces, but the balance has been tuned to create a series of interconnected spaces which seem to perfectly reflect the creativity of the occupants.” 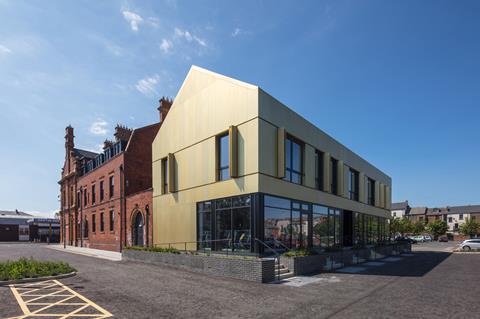 • The Byre and the Garrett, Berkhamsted, by Hugo Hardy Architect, Herts

Client of the Year: The Cambridge Mosque Trust

Small Project of the Year: Remodelling and extension of a private house in Cambridge, by NRAP Architects.

• The Story of Gardening, Somerset by Stonewood Design with Mark Thomas Architects plus Henry Fagan Engineering

Client of the Year: Emily Estate UK for The Story of Gardening at The Newt in Somerset by Stonewood Design with Mark Thomas Architects and Henry Fagan Engineering.

Sustainability Award: The Story of Gardening at The Newt in Somerset by Stonewood Design with Mark Thomas Architects and Henry Fagan Engineering.

Project Architect of the Year: Martina Goluchova of Barefoot Architects for Corten Courtyard House at Bristol.

RIBA North East Building of the Year: The Bis, by Group Ginger

• The Bis, Hartlepool by Group Ginger

Client of the Year: Tombola by Ryder Architecture

Project Architect: David Pogson for The Bis by Group Ginger

>> From the archive: Technical Study: the Cambridge Mosque