The London School of Economics and Political Science has launched an international competition to design its first net zero carbon building in what will be one of the hottest contests of 2022.

The competition for an architect-led team is being run in conjunction with the RIBA. It will result in a new building at 35 Lincoln’s Inn Fields, the last major project on the Aldwych campus for some time. 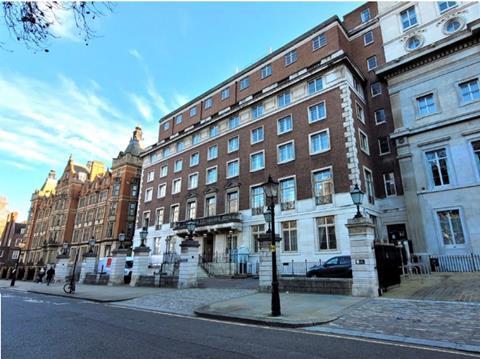 The LSE is upgrading its entire estate and has earnt itself a reputation as an enlightened architectural patron with the nearly completed Marshall building by Grafton Architects, RSHP’s Centre building and O’Donnell & Tuomey’s Saw Swee Hock student centre.

The new competition is expected to be fiercely contested by leading international practices.

Julian Robinson, LSE’s director of estates, said he was open to smaller practices entering in partnership with more established firms, as well as to the possibility of international studios teaming up with local architects.

He said: “The LSE has curated a collection of world-class buildings on its campus and this project is likely to be the last for the foreseeable future. It therefore has to be an outstanding piece of architecture, further enhancing the reputation and brand of LSE.”

The winning building would be distinctive, inspiring and suitable for its historic context in a conservation area, cementing the school’s presence on the south side of Lincoln’s Inn Fields while being firmly connected to the rest of the LSE estate, he added.

Social value would play an important role in the judges’ assessment of entries, he said, with attention paid to practices’ own principles.

The design competition is a two-stage process, with the deadline for expressions of interest 2pm on January 21.

All shortlisted teams will be paid an honorarium of £20,000 each.

The jury will be chaired by LSE president Monouche Shafi, with other jurors including Robinson, LSE Cities’ Ricky Burdett and the donor, a former student, Firoz Lalji.

The site and retention

35 Lincoln’s Inn Fields was occupied by the Royal College of Surgeons until the LSE bought it, giving it ownership of most of the south side of the historic square.

The university said its architectural advisors had concluded that there were two possible strategies for redeveloping 35 LIF.

One suggests retaining part of the core structure of the building to save in embodied carbon. But this will need to be balanced against the brief requirements in relation to efficiency and floor area, it said.

The second envisages demolition to street level while preserving most of the basement areas should this be technically feasible.