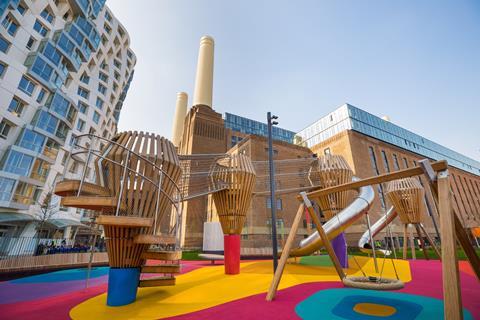 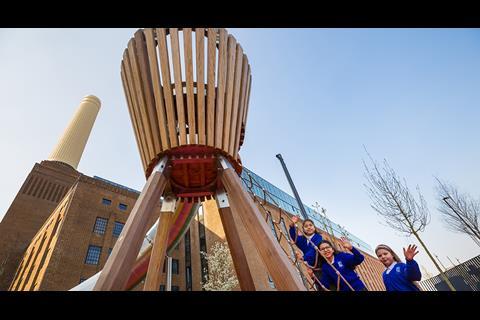 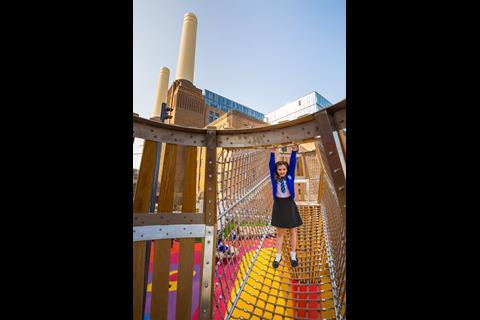 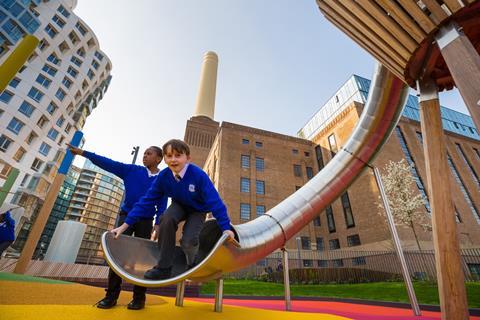 LDA Design has completed a children’s playground in the shadow of the grade II*-listed Battersea Power Station, described by practice director Benjamin Walker as another piece of the area’s regeneration “jigsaw”.

Prospect Park was officially opened by Mayor of Wandsworth Richard Field earlier this month. The park, which is overlooked by Gehry Partners’ five-building Prospect Place development and Giles Gilbert Scott’s repurposed cathedral of industry, was designed by LDA to be deliberately playful and colourful.

Walker said LDA had been working as part of the transformation team regenerating the area for a decade.

“It’s wonderful to see another piece of the Battersea Power Station jigsaw complete in time for spring,” he said. 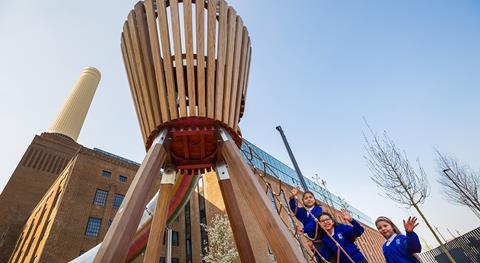 “Being part of this monumental transformation means a lot to us. I’m looking forward to bringing my own children here – their exuberance helped shape this colourful, climbable landscape, which brings a touch of tree house to the city.

“There is adventure and challenge to be had in this playground and I can’t wait to hear the peals of laughter and see children enjoying this space.”

Battersea Power Station and its new Electric Boulevard high street are due to open to the public in September.

As well as hosting 254 apartments, the repurposed power station will have more than 100 shops, restaurants and cafés, including a food hall, office and event spaces

It will also have a Chimney Lift Experience offering 360-degrees views from the top of the power station’s north-west chimney. 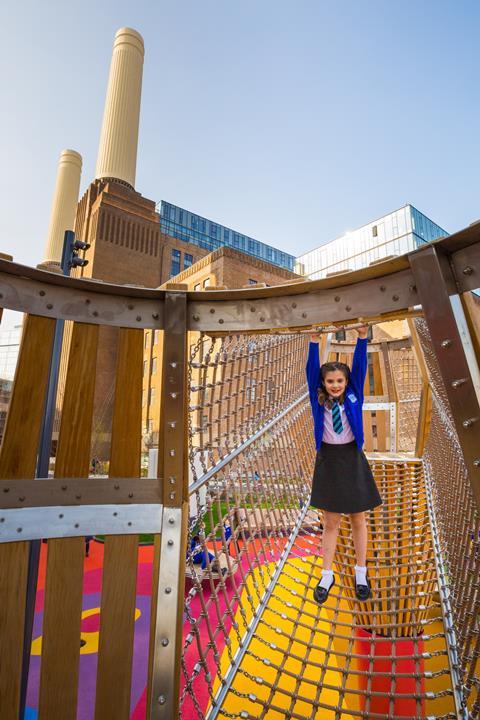