The Grenfell Inquiry has heard more details of how cavity barriers were either installed incorrectly or not installed at all during the ill-fated refurbishment of the west London tower.

Christopher Mort, technical officer for fire at Siderise, the firm which manufactured the cavity barriers used for the refurbishment, was asked to inspect the barriers which were still on the tower a year after the fire in July 2018. 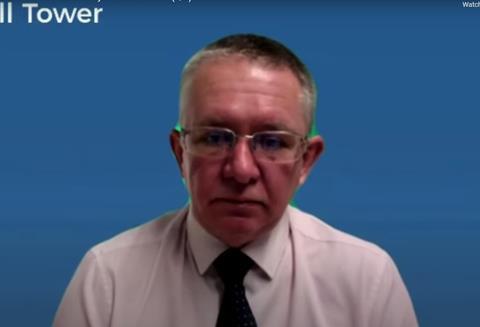 He told Tuesday’s hearing that the work carried out by subcontractor Osborne Berry was “probably of the poorest standard I’ve ever seen”.

The installation of the barriers was so flawed that they could not have been corrected and would have had to have been removed and replaced with new material, he added.

Mort said that in some places there was no evidence of holes drilled in the building where the barriers would be fixed, which he said suggested that the barriers had either not been installed at all or were fixed to the structure with silicone.

This would not be in accordance with both how they were tested and Siderise’s guidance, Mort said.

Mort said that this rendered the vertical cavity barriers “totally ineffective” as it indicated that there was a “clear void from the end of the vertical barrier to the cladding”.

He added that the consequence of this was that the compartments within the cladding system were not sealed, allowing “fire, flame and smoke to travel behind the cladding”.

The refurbishment of the tower used intumescent cavity barriers, which in normal conditions are in an ‘open state’ allowing ventilation, drainage and evaporation, but are designed to expand in the event of a fire and plug any gaps within the cladding system.

The cavity barriers used were designed to expand by 25mm during a fire.

But Mort said that he had seen gaps as large as 140mm within the cladding system, “way beyond any form of sensible parameters”.

He said in his witness statement that the consequence of this was that the barriers would have been unable to seal off the compartment during a fire, allowing “fire and smoke to travel up the inside of the cladding”.

Counsel to the inquiry Kate Grange QC asked: “Overall, how would you characterise what you saw during that inspection in terms of the quality of the cavity barrier installation?”

Mort replied: “It is probably of the poorest standard I’ve ever seen.”

Grange asked: “Would it be fair to say that these were fundamental errors in the installation that no reasonable installer should have been making?” Mort replied: “Correct.”

The inquiry has already heard how Osborne Berry had installed some cavity barriers back to front, others with roughly cut edges allowing air to travel through and had in some places installed horizontal cavity barriers vertically.