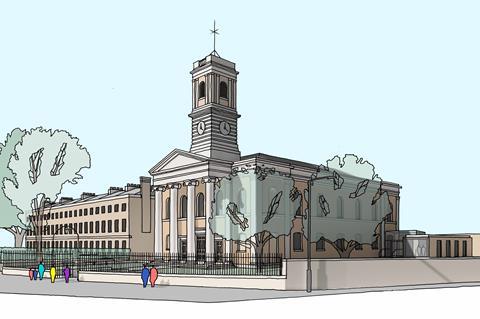 Work to restore a grade II* listed church that is one the most endangered buildings in south-east England is set to start following the award of £4.2m from the National Lottery Heritage Fund.

Sheerness Dockyard Church dates from 1828 and was designed by George Ledwell Taylor. It stands at the entrance to the former Royal Dockyard on the Isle of Sheppey in Kent.

Hugh Broughton Architects and conservation specialists Martin Ashley Architects were appointed to restore and transform the building in a 2017 competition run by Sheerness Dockyard Preservation Trust. 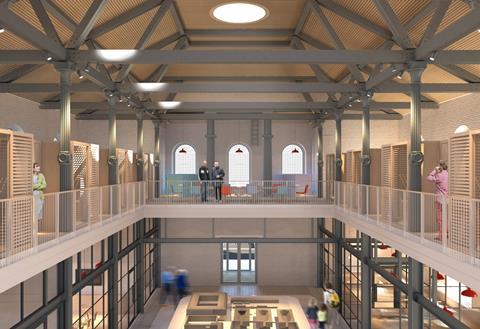 Their winning scheme will create a business incubator hub for local young people, an exhibition area, a restaurant and an events space – at the same time as preserving the fabric of the structure, which has twice been ravaged by fire: once in 1881 and again in 2001.

The preservation trust said planning permission for Broughton and Ashley’s proposals was secured last year, the NLHF funding – which covers just over half of the £8.1m project cost – forming the final piece in the jigsaw.

Broughton said the NLHF “green light” meant work could now commence, and that the project was scheduled for completion towards the end of 2021. 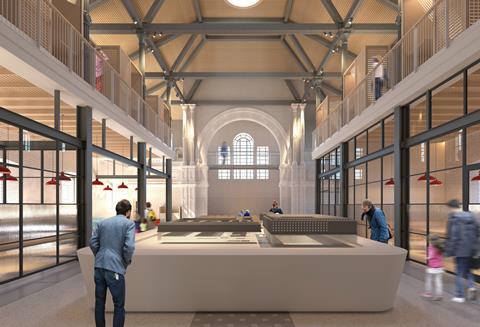 Ground floor view of the proposals for Sheerness Dockyard Church

“We can now push ahead with the delivery of this important project to restore George Ledwell Taylor’s remarkable Dockyard Church to provide a focus for young entrepreneurs in Sheerness and an enjoyable place for the local community to learn about the history of the dockyard,” he said.

“We are really looking forward to developing the scheme with the Trust in collaboration with Martin Ashley.”

Ashley said the preservation trust’s bid – which will also see the church house a scale model of Sheerness Dockyard made in the 1820s that is currently being looked after by English Heritage – was very much an 11th hour rescue for an “outstanding” building. 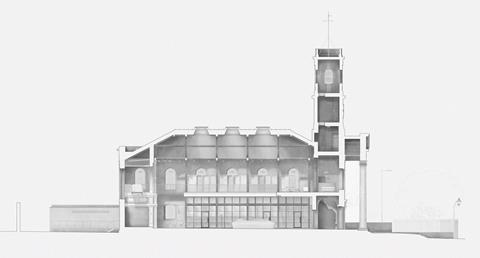 The practices’ design philosophy will restore the church to match the profiles of Taylor’s design as completed in 1828, including reinstatement of the original roof, windows and doors.

Inside, the existing fabric will be stabilised and conserved as found, preserving what is left of the 1881 interior and its structure of cast iron columns.

New interventions include a café, meeting and seminar areas, co-working spaces, and business incubation units on the reinstated gallery floors. 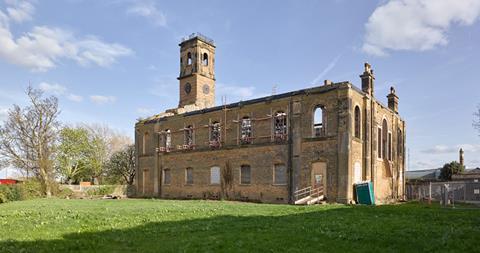 Sheerness Dockyard Church as it is today

They are designed as 14 discrete flexible pavilions which can be removed without impacting on the original fabric of the building.

Broughton and Ashley previously worked together on the Painted Hall in the Old Royal Naval College at Greenwich, which re-opened to the public in March this year.