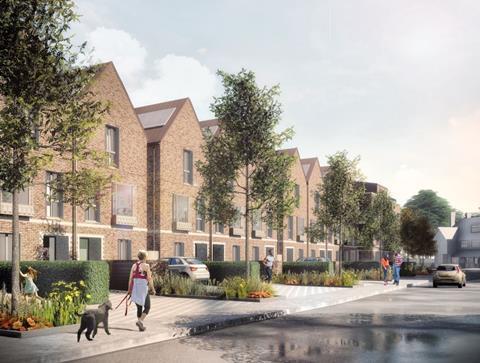 Ravensbury in Mitcham by HTA Design

HTA Design has been given the green light for nearly 180 homes in south-west London.

Merton council approved the plans for 179 homes at a plot in Mitcham along with a community centre.

Housing association Clarion said more than 50% of the homes, a mix of one- and two-bedroom flats and two-, three- and four-bedroom houses, will be affordable.

The scheme forms part of Clarion’s wider regeneration project of Merton, which involves building 2,800 homes and 9,000sq m of commercial and retail space across three neighbourhoods.

HTA is architect on the first phase of 21 homes, with the entire scheme due to be completed in 2026.