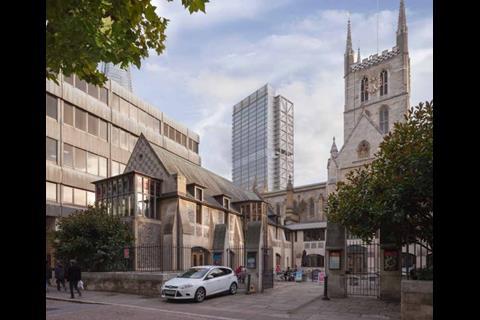 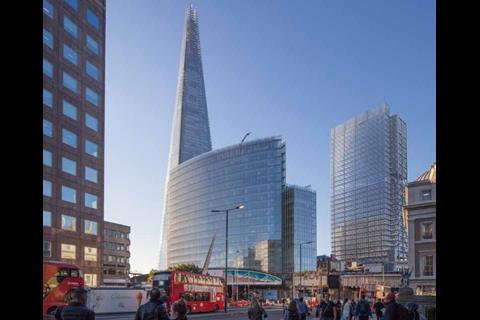 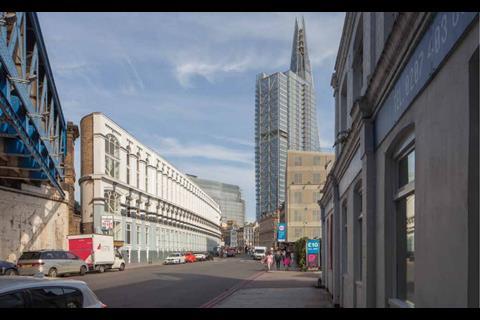 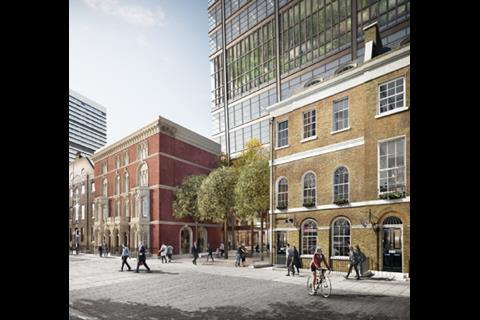 View from Thomas Street, with the relocated frontage of Keats House to the left and the Georgian terrace to the right 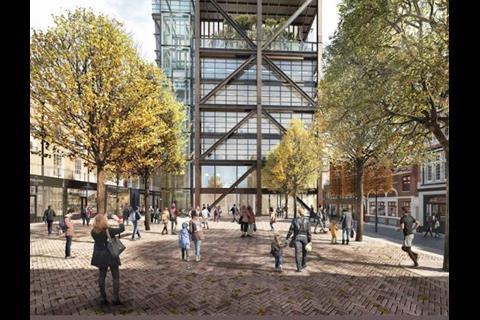 Looking from the Underground concourse to new public realm 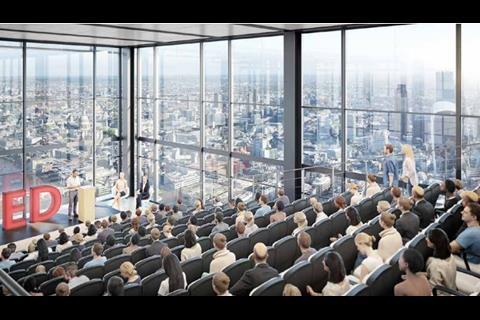 Hub auditorium with view across London 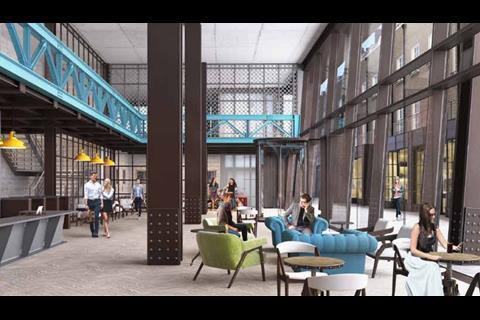 Inside the 37-storey tower 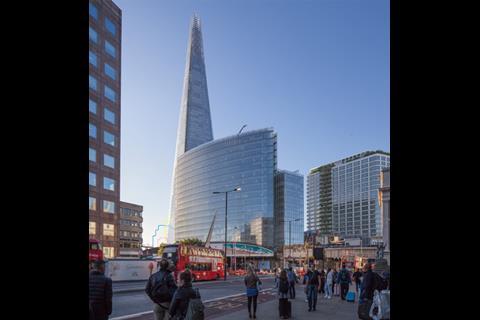 The 26-storey version of AHMM's proposals for New City Court, seen at the far right

AHMM-designed proposals for a 37-storey tower a short distance away from Renzo Piano’s Shard will cause “serious harm” to historic parts of Southwark, according to the government’s heritage adviser.

The findings come in a pre-hearing submission from Historic England to the Planning Inspectorate ahead of a planning inquiry into the scheme – and a trimmed-down 26-story version – that is due to be heard in July and August.

AHMM first lodged its New City Court proposals, drawn up for Great Portland Estates, in 2018. They involve the redevelopment of a 0.37ha site, which is bounded by St Thomas Street and King’s Head Yard, grade II*-listed Guy’s Hospital and properties on Borough High Street.

Under the plans, a grade II-listed run of terraced Georgian houses on St Thomas Street would be refurbished and 1980s office buildings on the site would be demolished. The Italianate façade of Keats House would be taken down from its present location on St Thomas Street and reassembled 2.7m to the west as the frontage of a new building to be delivered as part of the redevelopment.

The 144m tower proposed under the 2018 scheme included a 250-seat auditorium and terrace on its 21st and 22nd floors and a double-height public garden within the building on the fifth and sixth floors.

Great Portland Estates is appealing against Southwark council’s failure to determine the original application in line with government guidelines on timescale, and the scheduled planning inquiry will also look at the lower-rise version of the scheme submitted last year.

But in its outline argument against the proposals, Historic England says it “strongly objects” to both versions of the redevelopment.

The document, included as an appendix to a meeting of Southwark’s planning committee next week, says the “greatest harm” from both proposals would come from their “profound impact” on the special character and appearance of the Borough High Street Conservation Area, inside which the development site is located. 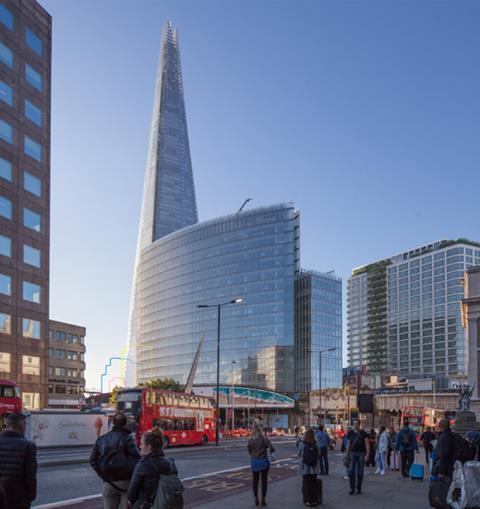 The 26-storey version of AHMM’s proposals for New City Court, seen at the far right

“This harm would result particularly from the dramatic contrast in scale between a tall building of 37 or 26 (plus mezzanine) storeys respectively, and the prevalent scale of buildings in the conservation area of mainly four storeys,” the submission says.

“That jarring juxtaposition would be particularly emphasised by the close proximity of the proposed developments set behind the largely continuous frontages of buildings on Borough High Street and St Thomas Street.”

Historic England acknowledges the height reduction in the 2021 version of the scheme, but says the “contrast between it and the historic buildings along St Thomas Street would also be extremely marked”, because the development’s northern edge would be brought closer to the buildings.

Historic England said both schemes would also cause “severe harm” to a range of designated heritage assets, most notably Guy’s Hospital but also including Southwark Cathedral. 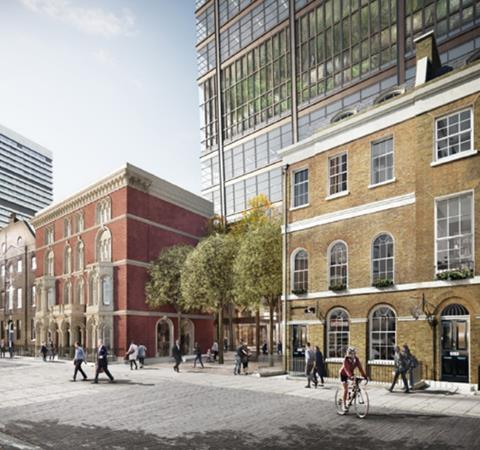 View from Thomas Street, with the relocated frontage of Keats House to the left and the Georgian terrace to the right

It said the degree of harm for both buildings would be “towards the upper end of the range of less than substantial harm” for the 37-storey proposals, using the reckoning system of the National Planning Policy Framework. Historic England conceded that the 26-storey version of the scheme would have less impact on Southwark Cathedral, however.

The adviser said both versions of the AHMM scheme would also have a detrimental impact on the setting of St Paul’s Cathedral and the Tower of London, but it accepted that in both cases the degree of harm would be low.

Historic England stressed that the terminology of the NPPF did not equate to a “less than substantial objection” to the proposals on its part. It also said that heritage benefits claimed for the proposals – primarily through the removal of 1980s office buildings from the street scene – were “quite minor”.

It concluded: “Given the serious harm that would be caused to heritage assets of exceptional significance, and the especially great weight that consequently needs to be given to their conservation, Historic England strongly objects to these applications.”

It added that Alasdair Young, inspector of historic buildings and areas, would be its sole witness at this summer’s inquiry.