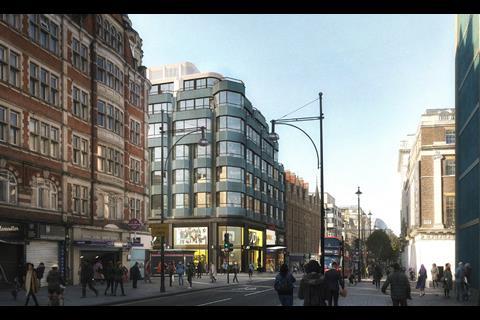 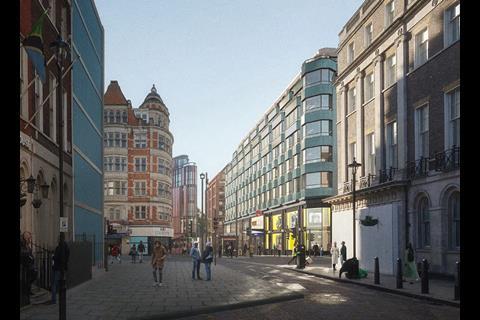 AHMM's proposals for the West One Shopping Centre, looking down Davies Street from the north 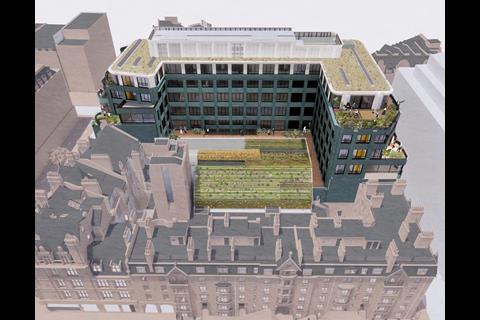 AHMM's proposals for the West One Shopping Centre, seen from the south 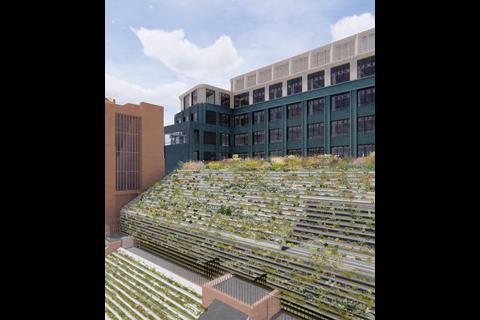 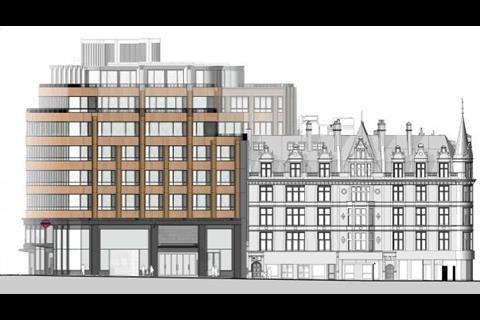 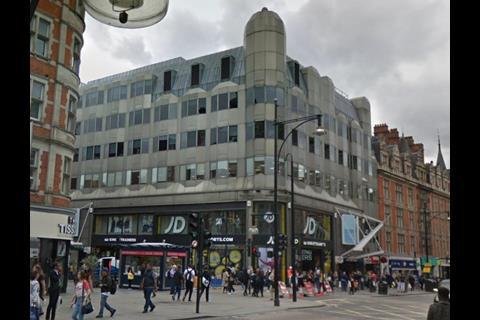 Westminster City Council is set to approve AHMM-designed proposals to largely demolish a 1970s shopping centre on Oxford Street and redevelop the site with a taller scheme boasting four terraces and nearly twice as much office space.

The practice’s plans for the West One Shopping Centre, above the southern entrance to Bond Street underground station, were tabled to appear before a meeting last month. But the session was scrapped after political control of the authority changed from Conservative to Labour in the local elections.

Under AHMM’s scheme, drawn up for British Land and Norges Bank Investment Management, the top four storeys of the shopping centre would be completely demolished, and its first and ground floor would be partly removed – along with the facades of the retained sections of the building.

The structure would be rebuilt with nine storeys and terraces with greenery at the third-, fifth-, sixth- and seventh-floor levels.

Planning officers said the proposals retained “the majority” of retail space in the existing shopping centre at basement, ground and first-floor levels, with an “uplift” in office space on the upper storeys.

The current building has 5,915sq m of retail space and 5,768sq m of office space on its top four floors. AHMM’s proposals would see retail space dip to 5,601sq m, while office space would almost double to 10,314sq m. 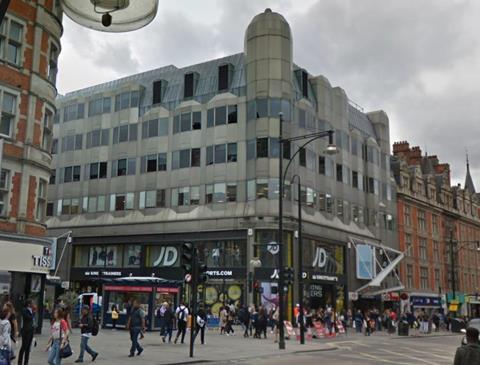 The West One Shopping Centre is around 200m east of Marks & Spencer’s flagship Marble Arch branch, which Westminster approved the redevelopment of in November last year – despite concerns about the environmental impact of the project. Housing secretary Michael Gove is currently deciding whether to call in the proposals for ministerial determination.

The report acknowledged that the building – which is targeting a BREEAM “excellent” rating – was currently projected to break the GLA’s carbon usage limit of 450 kg per sqm over its 60-year operational lifespan. Officers said a figure of 480kg per sqm was predicted. 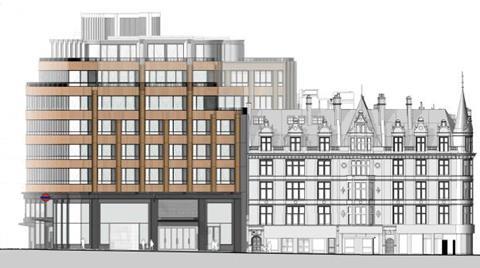 “The applicant advises that further reductions are to be expected within the detailed design stage when the material specifications are developed further,” they said.

Recommending the scheme for approval, officers said AHMM’s design represented a “significant enhancement” over the current building in terms of materials, articulation and detailing. They added that it would also provide “more and better-quality office floorspace” and a “much higher standard” of energy performance.

“The scale and particularly the height of the building does challenge the prevailing height of the area, but for the most part not in a harmful way,” they said.

“The height and scale of the building does erode the setting of some heritage assets but as identified this is to a low level of harm. On the basis that the public benefits of the scheme outweigh this harm then it is considered that the proposal is acceptable in terms of townscape, design and heritage impact.”

Among the heritage buildings said to be affected are the grade II* Ukrainian Cathedral at Duke Street and the grade I St Mark’s Church at North Audley Street, both of which are part of the Mayfair Conservation Area.

Government heritage adviser Historic England did not offer any comments on the proposals.