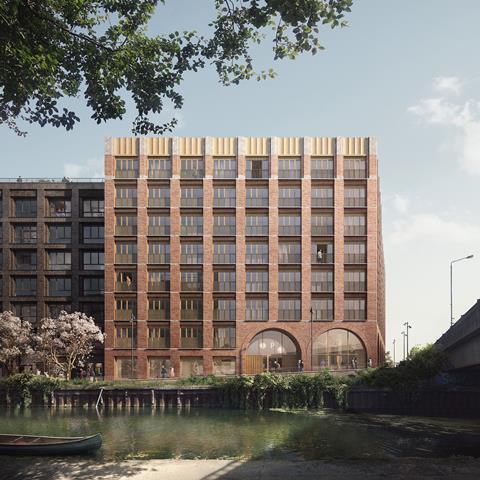 Haworth Tompkins has won consent for the final residential buildings at Fish Island Village, a regeneration project near the Olympic Park.

The three blocks will complete the sequence of buildings fronting the Hertford Union Canal.

They will also bring to completion the third phase of a project whose first two phases started on site in 2017 with buildings by Pitman Tozer (Monier Road), Lyndon Goode Architects (Lanterna) and Haworth Tompkins (Neptune Wharf). The Stirling Prize-winner also masterplanned the live-work development, reworking a previously consented scheme by Stockwool (previously known as Stock Woolstencroft).

A collaboration between Peabody, housebuilder Hill and social enterprise The Trampery, Fish Island Village will contain 588 mixed-tenure homes and 5,522sq m of commercial floorspace when it is completed in August 2021. 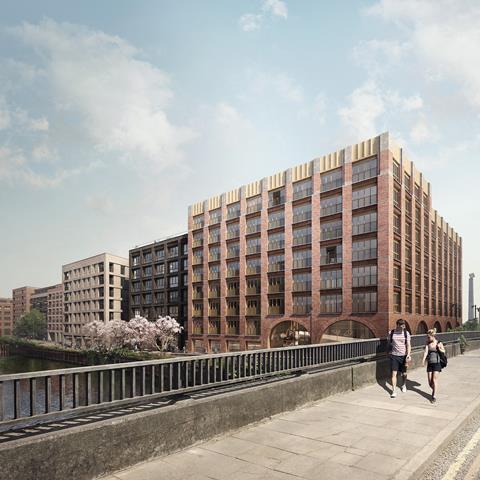 The newly consented buildings, which extend the masterplan to the south west towards the A12 and Victoria Park beyond, use a combination of brick types to emphasise the individual blocks and use a modular gridded façade to formally relate to the concrete-framed buildings of the earlier phases. 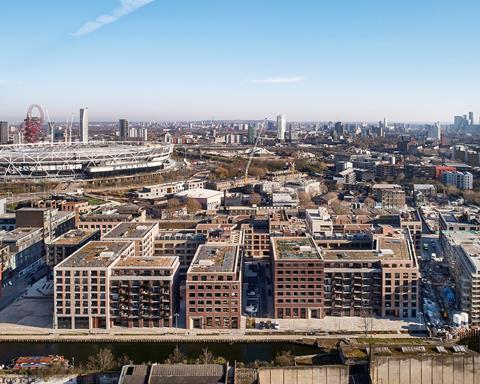 Graham Haworth, director of Haworth Tompkins, said: “This is a complex inner-city development so it’s encouraging to see the last piece of the puzzle, the final buildings in our Neptune Wharf masterplan, commencing construction. 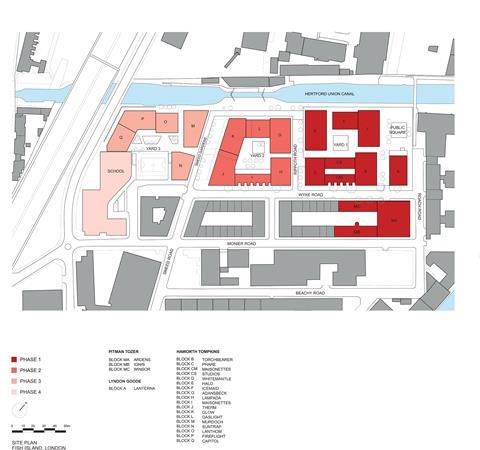 “The corner building fronting the A12 completes the third urban courtyard, providing an additional 165 homes, opening up public access along the whole canal-side through a new street and pocket park in Smeed Gardens.” 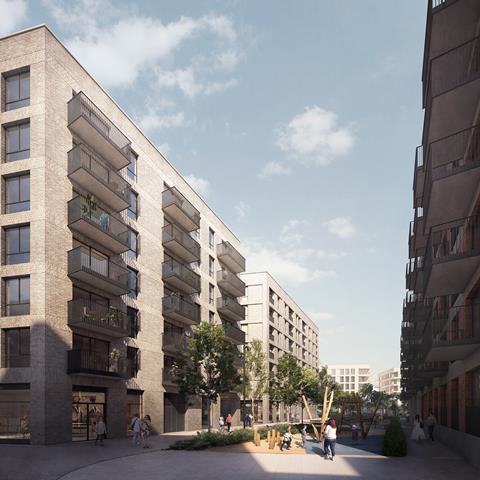