Updated designs for the two new HS2 stations in the West Midlands have been unveiled, with both now set to be net zero-carbon.

The designs for Curzon Street and Interchange have gone on display ahead of planning applications being submitted in the coming weeks to Birmingham and Solihull councils respectively.

HS2 has been working with Grimshaw and WSP on the design for Curzon Street and with Arup on the Interchange station in Solihull.

Initial designs went on display in autumn 2018 with more than 1,750 people providing feedback which has now been incorporated into the new designs. 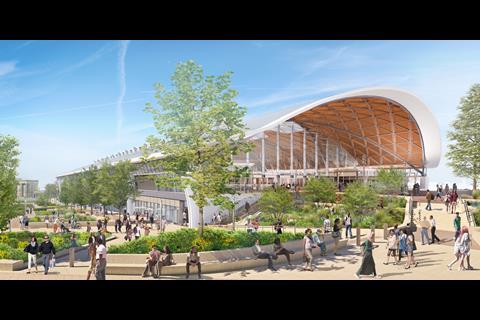 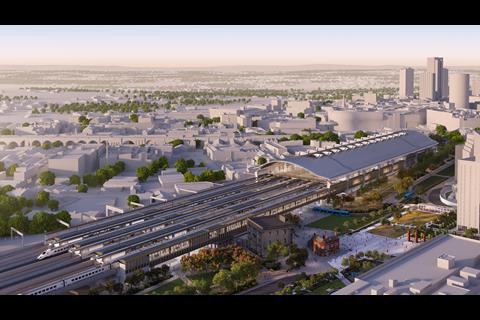 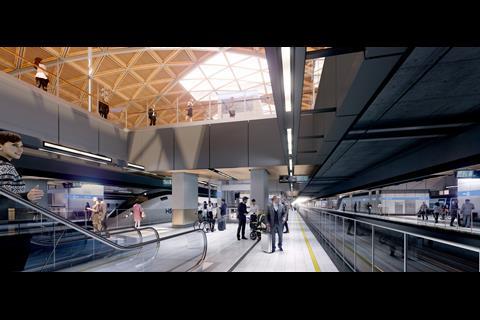 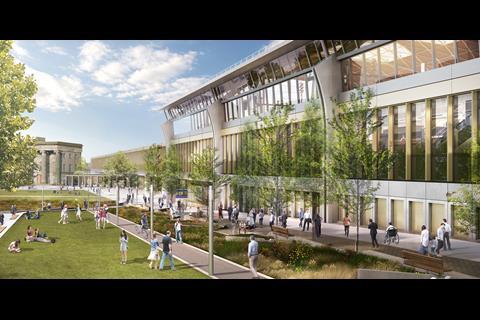 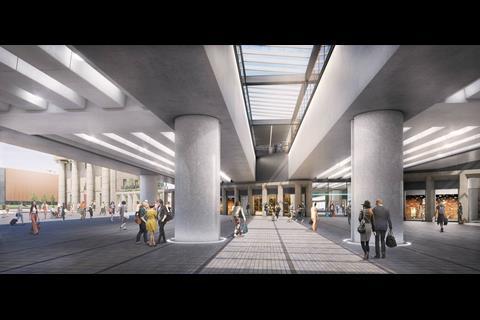 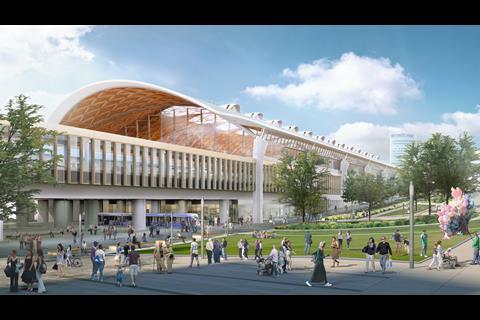 Curzon Street station in Birmingham city centre will be the first brand new intercity terminus station built in Britain since the since the 19th century. Eventually, there will be nine trains per hour on the high speed network in each direction from the station.

The station has been designed to maximise natural resources such as sunlight and water and have new public spaces surrounding it. The designs will also incorporate the existing historic Old Curzon Street building and link it to the new station’s eastern concourse at New Canal Street.

The designs also improve access to different modes of transport. The Midland Metro runs alongside and underneath the station while pedestrian routes lead to local bus services, Sprint rapid transit bus services and other train services. The design also provides space for more than 250 bicycles. 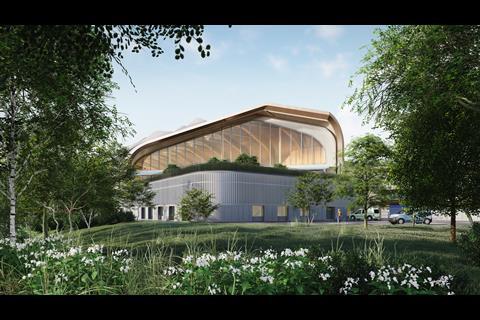 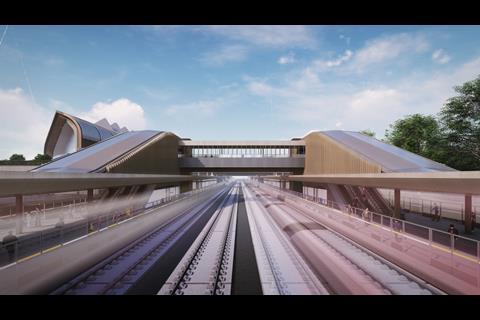 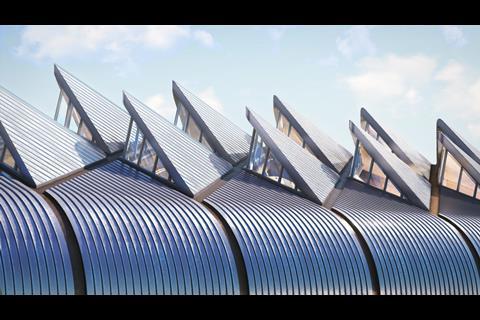 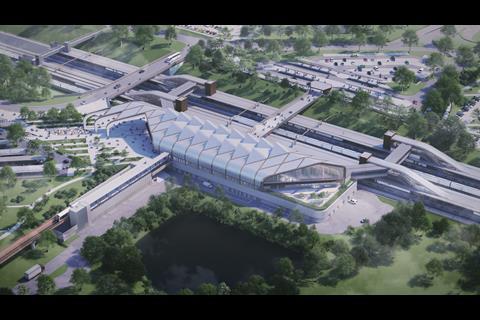 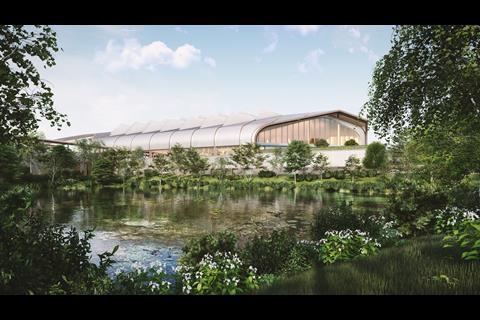 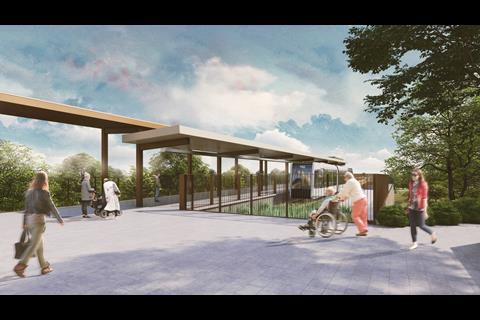 Interchange station in Solihull will be a major gateway for the region close to Birmingham Airport, Birmingham International station and the NEC.

Like the Curzon Street design, Interchange will be net-zero carbon in operation, focusing on reducing energy use by maximising natural daylight and ventilation and using solar panels. The station roof can capture and reuse rainwater and the new designs incorporate sunken rain gardens in the public plaza and an outdoor terrace to the station concourse.

Another key change is the creation of a dedicated pedestrian access into the station from the east of the railway, along with cycle access to the new station from the north, west and south-east through a mixture of dedicated routes.

The new station will be linked to the NEC, Birmingham International Station and Birmingham Airport via an automated people mover carrying up to 2,100 passengers an hour in each direction.

Both stations are targeting Breeam excellent.