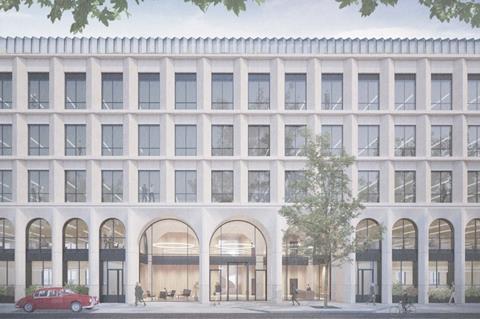 Piercy & Company has been given the green light for an office building in South Kensington described by one of the UK’s leading architectural historians as “hideous”.

The Royal Borough of Kensington and Chelsea voted three to two to approve the Wellcome Trust’s six-storey office building at 63 - 81 Pelham Street.

The scheme will see an existing four-storey art deco block dating to 1925 flattened and replaced with a new building double the size, with the floorspace increasing from 5,450sq m to 10,650sq m.

Charles Saumarez Smith, a Stirling Prize judge and former boss of the National Gallery, National Portrait Gallery and Royal Academy, blogged about the plans after they were lodged with the council in February. 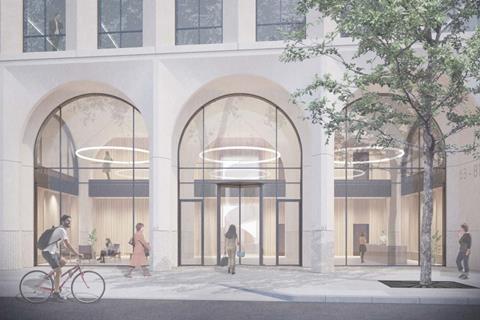 The building will include a series of repeating round-arched windows

He said the existing building, designed for the Kensington and Knightsbridge Electric Lighting Company by C Stanley Peach, was “not without interest” and celebrated some its details with photographs.

“One might expect the Wellcome Trust to want to restore and reinstate the original building. But, oh no! They plan to demolish it and put up a pretty hideous and non-descript replacement,” he continued. ”Is this really the best that the Wellcome Trust can do?” 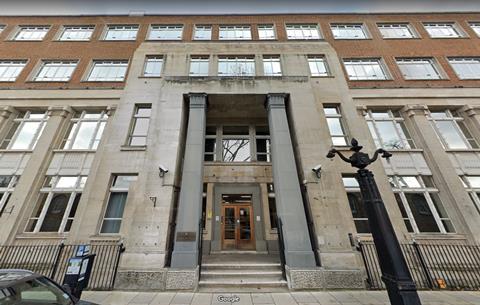 Smith commissioned David Chipperfield’s acclaimed redevelopment of the Royal Academy, as well as overseeing other significant building projects such as Dixon Jones’ Ondaatje Wing at the National Portrait Gallery, and who was appointed the RA’s first professor of architectural history in 2019.

In its report for the scheme, which recommended approval, the council said the proposals “would not result in a harmful sense of enclosure, overshadowing or impact upon the privacy of neighbouring occupiers”.

It added that the building would retain adequate levels of daylight and sunlight to neighbouring occupiers and “preserve the character of the varied townscape” along Pelham Street. 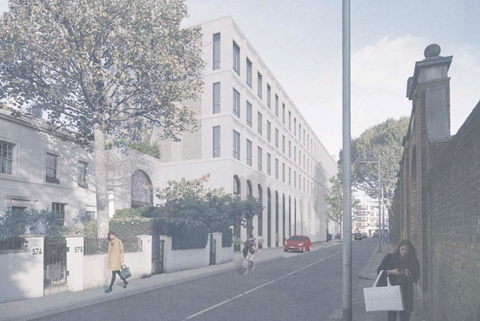 But the application has already stoked considerable controversy in South Kensington. Out of 616 documents on the planning application, 476 are objections to the scheme.

Campaign group Save Our South Kensington have said the proposals threaten to create an “urban canyon” on the narrow street.

The designs would also move service bays at the rear of the existing building on to the street, which campaigners warned would result in rubbish collection and deliveries being “wheeled along public pavements to waiting lorries and vans, obstructing pedestrians”. 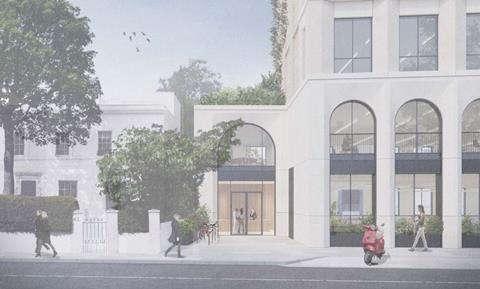 A spokesperson for The Wellcome Trust said before the plans were approved: ”Regrettably, the unsympathetic 1950s alterations have significantly diminished the architectural merit of the building and time has not been kind to the original structure, meaning it is beyond the point at which restoration would be practical. There would also be significant problems of accessibility to overcome.

“The better solution is to replace this dilapidated building with an elegant new one of high architectural quality that is fit for modern office use, supports the local economy and enhances the public realm. We plan on widening the pavement to further enhance the public realm. In addition, the development is car free, and any deliveries will be made during designated off peak hours.

“We’ve been listening to feedback from our neighbours in the area about the plans over the last year, we’ve acted on lots of their very constructive suggestions, and we’ll continue to work with them as we bring the plans forward.”

The site is close to South Kensington Tube station, where redevelopment proposals by Roger Stirk Harbour & Partners have sparked similar levels of controversy.

The designs would see a four-storey office built over the grade II-listed station’s horseshoe shaped bullnose building and a 50-home residential block built nearby. 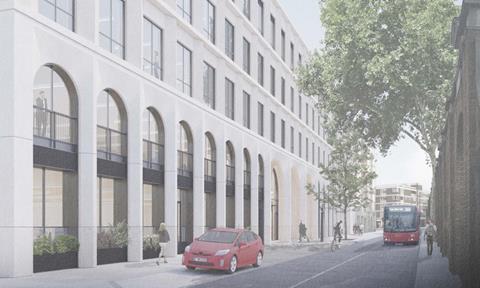