Architects will be added to the official list of “shortage occupations” this autumn, the government has announced.

The move will allow practices to hire non-EU architects without having to prove they searched the UK first.

The news was welcomed by the RIBA – but the institute said the government should also lower the £30,000 salary threshold to help regional practices in particular to recruit young talent.

The decision to adopt in full the recommendations made in May by the Migration Advisory Committee was announced by Sajid Javid on his last full day as home secretary before he was appointed chancellor.

In a written statement to parliament he said: “The MAC recommended a number of changes to the main UK-wide SOL, expanding the list to cover a range of high-skilled occupations, including a number of health and social care, engineering and digital technology occupations.

“The government is happy to accept all of the MAC’s recommendations on the composition of the SOL and the necessary amendments will be made in the Autumn Immigration Rules changes.” 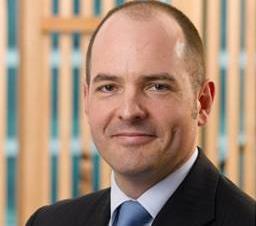 People qualified to do jobs on the list – which will now also include web designers and psychologists among other specialisms – are effectively able to jump the queue for tier 2 skilled visas for non-European migrants. Currently people from the EEA don’t need a visa to work in the UK.

“This is a positive development for architects trying to navigate the UK’s tricky immigration process,” he said.

“Currently 25% of UK-registered architects are international, with the vast majority from the EU. However, since the referendum there has been a drop-off in registrations from EU architects, and we are concerned about the impact of this on recruitment. Ensuring the UK can access international architectural skills and talent is a key focus for the RIBA, as is the need for a flexible, responsive immigration system.”

But he pledged the RIBA would continue to urge the government to “drop their £30,000 suggested salary threshold, to ensure we attract a broad range of international, young talent, especially outside of London”.