A senior government official has admitted to “parrotting” claims made by businesses that the cost of introducing regulations for fire risk assessors would be too great.

Louise Upton told the Grenfell Inquiry that she did “nothing” to scrutinise claims made by industry groups that introducing an accreditation scheme for assessors would be “disadvantageous” and “unfair” for businesses.

Upton, who was fire safety policy lead at the Department of Communities and Local Government, held meetings with fire experts in 2009 to discuss a possible accreditation scheme following that year’s Lakanal fire.

The blaze, in Camberwell, south London, had killed six after the building’s non-compliant cladding panels had ignited. 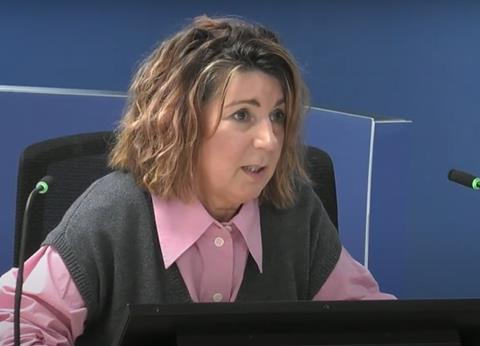 The inquiry has already heard that had been a “major failing” in the fire risk assessment of the building.

Ken Knight, the government’s chief fire and rescue advisor, had delivered a report soon after the Lakanal fire in which he recommended introducing an accreditation scheme for assessors.

Last week the inquiry saw emails from Upton in which she said that the government has “neither the expertise nor the resources available” to implement the proposed accreditation scheme.

In December 2009, Upton held meetings with representatives from the fire sector that resulted in the creation of the Fire Risk Assessment Competency Council (FRACC), a group of experts tasked with looking at options for regulating fire risk assessors.

But in emails to colleagues after the meeting, Upton appeared to suggest that mandatory accreditation for risk assessors was not needed.

In her witness statement, Upton said: “I think I am likely to have recognised there were significant issues for the professional bodies and that UKAS accreditation was not necessarily appropriate for them.”

Asked by counsel to the inquiry Andrew Kinnier which professional bodies she had been referring to in the statement, Upton said: “No, I’m afraid I can’t.”

Kinnier asked: “Can you help us as to why you’d apprehended that UKAS accreditation was not necessarily appropriate for these unidentifiable professional bodies?”

Her statement went on to say that it would have been “inappropriate” if the outcome of the work of the FRACC would be considered “disadvantageous or unfair to professionals operating in the field… [or] place an unnecessarily high cost burden on business”.

But Upton admitted yesterday that no impact statement had been carried out on introducing an accreditation scheme, and no cost assessments had been made by businesses and sector representatives consulted by officials.

“What did you do to critically analyse their assertions if this is what they did say, that there was an unnecessarily high cost burden flowing from UKAS accreditation?” Kinnier asked.

Kinnier asked: “So you parroted the assertion? Apologies for putting it bluntly, but does it amount to that?”

“So no critical scrutiny at all was applied by you in making this observation?” Kinnier asked.

“No, probably… I can’t recall now. Probably not.”

The inquiry heard last week that proposals made in 2014 for certifying fire risk assessors but that support for the scheme had waned because of a “background of complacency” in government.