Change of tack will focus more investment in North and Midlands

The government has abandoned an algorithm that would have dramatically increased housebuilding in the Conservatives’ southern heartlands. England’s 20 biggest cities will instead take a much larger share of new homes under new plans drawn up by Robert Jenrick after a huge backlash from Conservative MPs.

The focus for housing numbers and affordable housing investment has switched to major cities in the North and Midlands. The previous plan, dubbed a “mutant algorithm” by one Tory MP, which would have concentrated housing in high value and rural areas in the South and South-east.

In a statement released in advance of the publication of the formula itself, the housing secretary said the government was sticking to the target of building 300,000 homes a year, but it would now be prioritising brownfield sites and urban areas.

The government also announced that it was ditching the so-called 80/20 rule, whereby 80% of housing investment goes into high-value areas in London and the South-east, creating a new role for Homes England to accelerate housing delivery in the capital and setting up a new Urban Centre Recovery Taskforce. 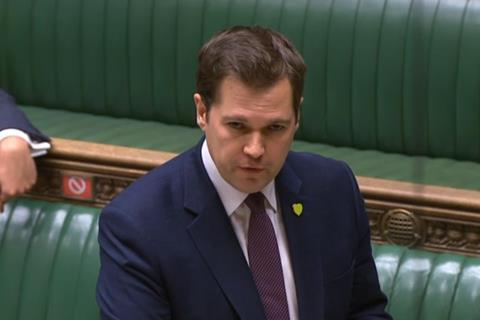 Jenrick said the plans will see the 20 largest cities in England encouraged to build more homes. He said the government would set up a £100m brownfield land fund to encourage new homes on previously used sites.

Jenrick said the government was reforming the planning system to make it simpler and more certain without compromising standards of design, quality and environmental protection.

He added: “We want this to be an opportunity for a new trajectory for our major cities – one which helps to forge a new country beyond covid - which is more beautiful, healthier, more prosperous, more neighbourly and where more people have the security and dignity of a home of their own.”

He also linked today’s announcement to plans unveiled at the start of the month for new permitted development rights allowing most high street and town centre uses to convert to housing without needing planning permission.

He added: “The covid-19 pandemic has accelerated and magnified patterns that already existed, creating a generational opportunity for the repurposing of offices and retail as housing and for urban renewal.”

The government also announced a £67m in brownfield land funding for the West Midlands and Greater Manchester Combined Authorities and another £100m to pay for unlocking brownfield sites, in addition to the Brownfield Land Release fund.

The government also said it will be encouraging councils to plan for family homes and ensure the right mix of home sizes, types and tenures for local communities come forward.

However, the government has not yet provided any detail as to how it intends to do this, and how exactly the housing formula – officially known as the “standard method for calculating housing need” – will be changed.

The government has used a formula to calculate the number of homes that individual local authorities should plan for since 2017, but last year admitted it needed revising as the targets it created fell well short of the 300,000 homes the government committed to building every year in the 2019 manifesto.

However, the proposed revision, published in August alongside the planning white paper, prompted uproar from Conservative MPs when they realised it generated huge increases in housing numbers in high value areas in the South and South-east, including many rural constituencies, while reducing housebuilding targets in many urban and northern areas.

Former prime minister Theresa May was among around 50 MPs to line up to criticise the proposals in a House of Commons debate in October, in which she dubbed the proposals “mechanistic and ill-conceived”.

However, under the government’s white paper proposals, this housing formula is only supposed to be in place for a couple of years, until it is replaced by a wholly new formula – which takes into account the constraints on housebuilding in different areas such as green belt – and is supposed to be binding on local authorities.

The government said the new role for Homes England in London will enable the quango “to work more closely with the GLA, boroughs and development corporations to help deliver sites in London” and “help close the gap between what London is delivering now and what it needs to”.

It will also assist it in bidding for the new national homebuilding fund announced at the spending review. The new Homes England chair Peter Freeman, a founder of developer Argent, has also been given the job of leading the Urban Centre Recovery Taskforce.

It said the 80/20 rule – the existence of which only emerged in recent months – will be abolished in determining spend under its £12bn affordable homes programme, in order that funding is “distributed more fairly across England, and not just concentrated in London and the South-east.”

Crispin Truman, chief executive of CPRE, the countryside charity, which has been a vocal critic of the government’s planning reform programme, said he welcomed the government’s decision to backtrack from its “damaging” proposals. “Building more affordable homes on previously developed land in more sustainable locations is something we‘ve been calling for and is a win-win scenario for people and nature.

“But the problems with these planning proposals run much deeper than the housing algorithm, which are in need of a complete reboot, not just an update. Today’s announcement could be the start of a much-needed debate about how to ensure the right development in the right place across the whole country.

“The key test for these changes to the housing algorithm will be whether they help give local councils the ability to plan the quality, affordable homes we need, while preventing unnecessary loss of countryside and green spaces.”