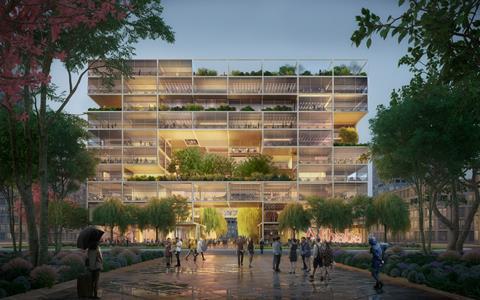 Alibaba, sometimes described as a Chinese version of Amazon and eBay combined, is the world’s largest online retailer, whose global headquarters in nearby Hangzhou employs 22,000 staff.

Fosters said the new office, located in the emerging Xuhui Riverside district, would “showcase [Alibaba’s] unique working culture to the public” by offering passers-by glimpses inside. At the centre of the building is a large public urban room with viewing terraces overlooking the central space and the building’s principal entrances opening on to it. The architect’s head of studio, Luke Fox, said this would create an active social core.

The building, which will be assembled offsite using modular construction techniques, has been designed using a genetic algorithm which calculates Alibaba’s requirements – including adaption to Shanghai’s harsh seasonal variations in climate. The algorithm then proposes the optimal massing. 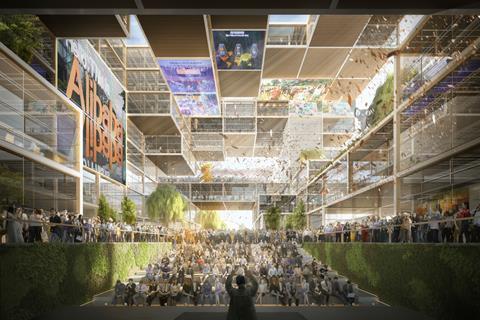 Luke Fox, head of studio at Foster & Partners, said: “Our design emphasises the importance of communication, the integrity of the working community and, above all, the creation of an image that reflects the standing of Alibaba. The scheme is truly designed from the inside out, centred on a dynamic, sheltered public space capitalising on its amazing location with its views of the Huangpu River and the Bund.” 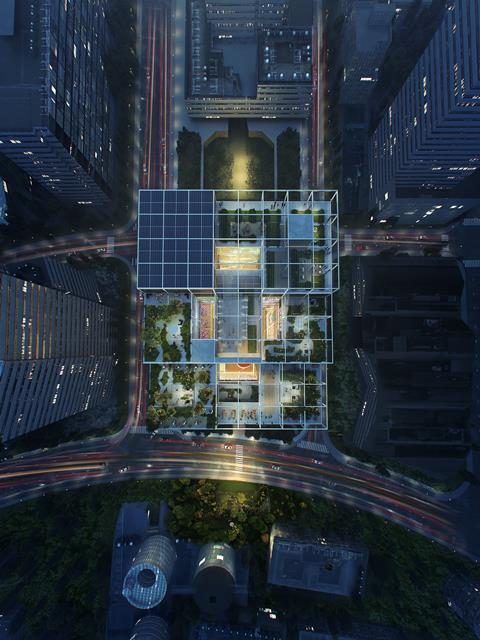 The project is a further boost for the practice’s presence in China’s largest city, with three 80m office towers currently under construction on The Bund, the city’s historic waterfront district, and a recently completed pair of 180m tall skyscrapers in the same neighbourhood designed in partnership with Heatherwick.