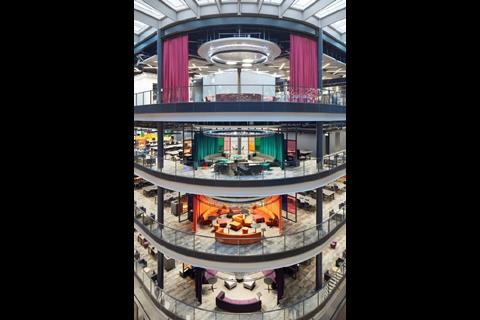 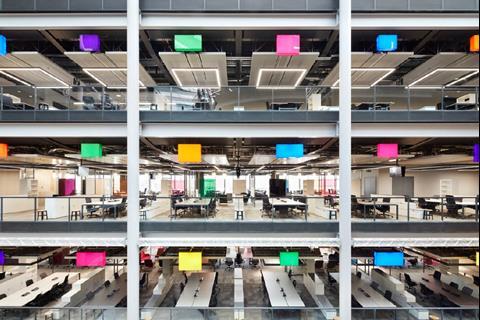 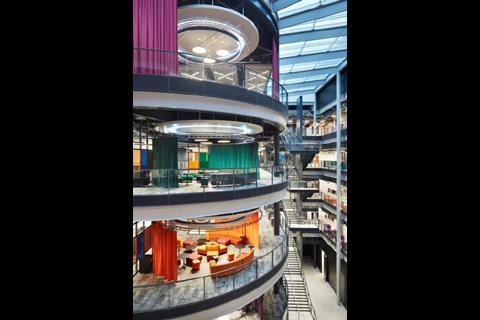 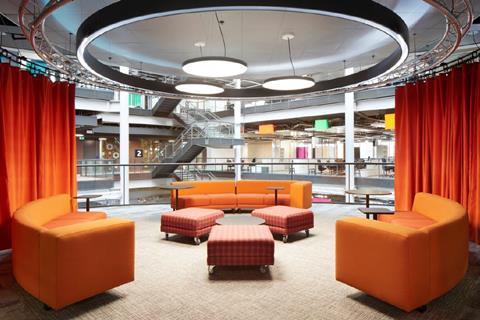 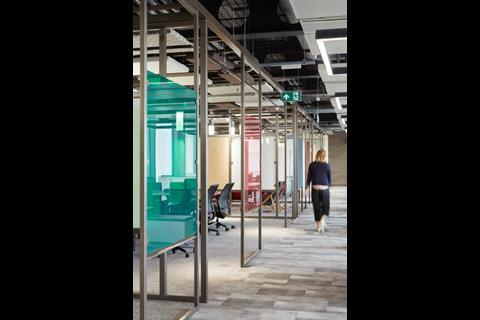 BBC Cymru Wales has started to move 1,000 production and support staff into its new 280,000ft² headquarters in Cardiff designed by Foster & Partners with interiors by Sheppard Robson’s interiors arm ID:SR.

They are moving from from its former facility in Llandaff, which was in need of modernisation.

Located opposite the Welsh capital’s main railway station, the building was part of Foster & Partners’ masterplan unveiled in 2014, featuring a new central square and more than one million ft² of office, retail and residential space.

The first phase of the 18-month fit-out was completed in January this year with phase two work finishing off broadcasting studios, M&E and additional workspace.

Alan Bainbridge, director of workplace at the BBC, called the broadcast facility “world class”, adding: “The themes and issues that the project embraces - from neurodiversity and inclusivity, to agility and efficiency - have been conceived to raise the benchmark not just for the BBC, but also across the property industry.”

Helen Berresford, head of ID:SR Sheppard Robson, said: “The workplace masterplan by ID:SR and BBC Workplace included giving the headquarters a civic presence, with the public welcomed into the ground floor where they can observe content being created first-hand from a ‘street’ that runs through the building. The colour ‘pixel’ blocks that are visible from the atrium animate this central space further whilst expressing the digital culture of the organisation. These colourful elements lead the eye up through the bustling floors, with the exposed services visible and illustrating how the design knits together high-performance infrastructure and locally-crafted materials.” 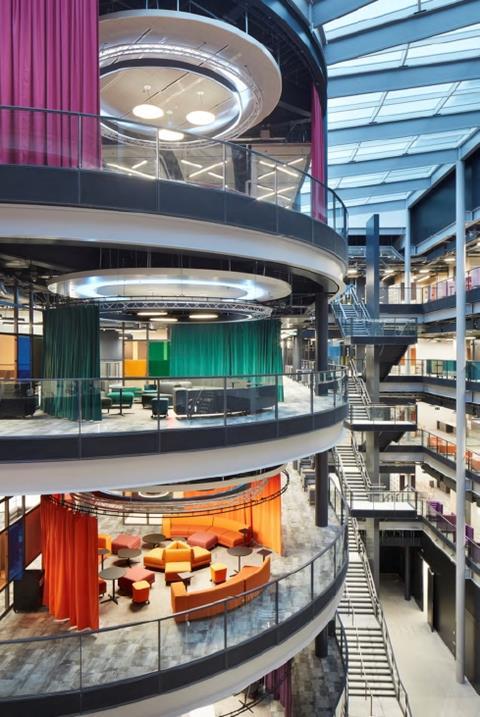 Sheppard Robson said 95% of all waste generated by the fit-out exercise was recycled.

The exposed nature of the building’s interior floors – animated by colour “pixel” blocks – allows visitors and members of the public to witness content being created as they watch from a large ground-level atrium.