EU architects' qualifications will be recognised after a 'no deal' Brexit

The RIBA has welcomed the government’s announcement that the qualifications of EU architects will continue to be recognised if Britain crashes out without a deal.

The government said it will maintain a system of recognition for individuals with relevant EEA qualifications and access to the profession in their home state, subject to immigration policies.

Chief executive Alan Vallance welcomed the “much-needed clarity” on what will happen when the current system of reciprocal recognition – the Mutual Recognition of Professional Qualifications (MRPQ) Directive – lapses in the event of a “no deal” Brexit. 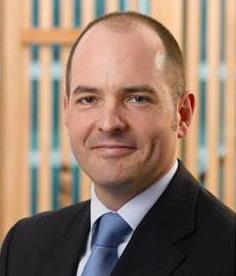 He said: “Ensuring that EU qualified architects can continue to practice in the UK post-Brexit has been a priority concern for the architecture sector. I welcome the news that they will be able to register in much the same way as they do now should there be a no-deal situation.”

In its guidance the government said: “The Architects Act 1997 will be amended via a statutory instrument to correct deficiencies in the system for recognition of professional qualifications that arise in law as a result of the UK’s withdrawal from the EU.

“This is to ensure that the current arrangement of automatic recognition of EEA qualified architects operates as closely as is possible, subject to any immigration rules that may be in place.

The route to registration known as the general system - for people with EU rights with overseas qualifications established in another EEA member state - would be withdrawn, as would the section of the Architects Register known as Part 2 (for temporary and occasional services).

However, under the new system, those applying for a recognition decision would no longer need to be EEA nationals but could be of any nationality.

The situation for UK architects wanting to work in Europe remains less clear. The Arb said it would vary state by state.

Vallance warned that the guidance would “do little to allay the deep feelings of uncertainty in the industry and beyond at the threat of a no-deal Brexit”.

He added: “RIBA research shows that many international architects are not feeling confident about their future in the UK, and there has been a drop in the number of new EU entrants registering here.

“The RIBA will continue to call on the government to do everything they can to prevent further damage from uncertainty and the threat of a no-deal situation.”

A spokesperson for the Arb said: “We appreciate many will want to understand what this means for the profession and we are committed to providing definitive, practical information where possible, now and in the future as we learn more. We will be having discussions with government in order to gain the information we need to fully understand the expectations and practical implications for the profession.”

I’m an architect - where can I find more information about what a no-deal Brexit will mean for me and my qualifications?

The government guidance on mutual recognition of qualification

Meanwhile the government also confirmed that products which are given the OK in Europe will be able to be used in the UK in the event of a no-deal Brexit.

In its guidance on construction products regulation if there is no-Brexit deal the government said it had laid a draft statutory instrument on December 18 detailing the arrangements that will apply if the UK crashes out of the EU without a deal.