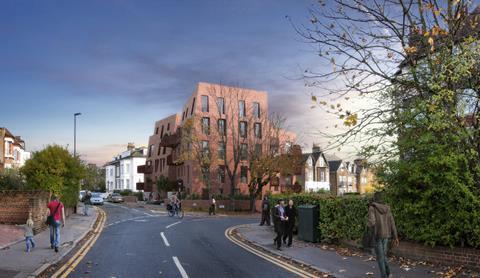 The scheme is a private residential development replacing a two-storey linear block of six maisonettes on a prominent corner plot near Norwood Junction Station.

The five-storey building contains 15 homes within three linked forms that wrap around the corner, addressing each street as well as the corner.

Stephen Davy said this was reminiscent of the villa that once stood on the site. 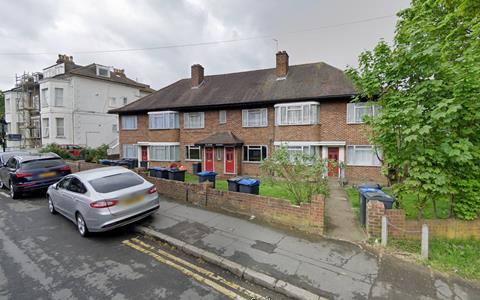 The elevations lean back from first and second floors to soften the impact on the street scene.

Davy said the scheme, for Keyte & Co, a small local developer working in the Croydon area, is expected to start on site this year. 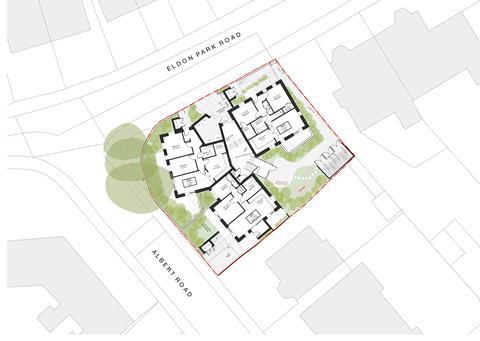 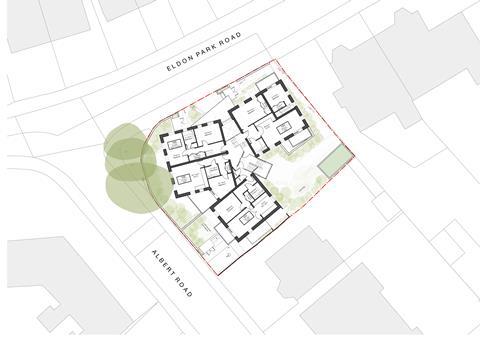 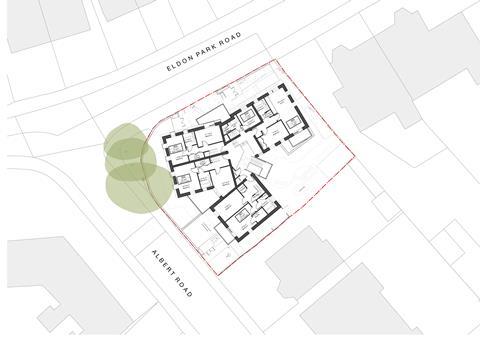 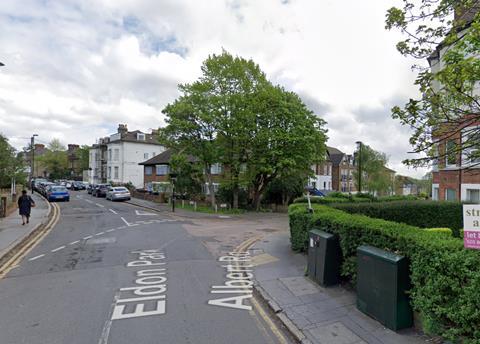