Practice expands London ranks on back of ‘surging’ balance sheet 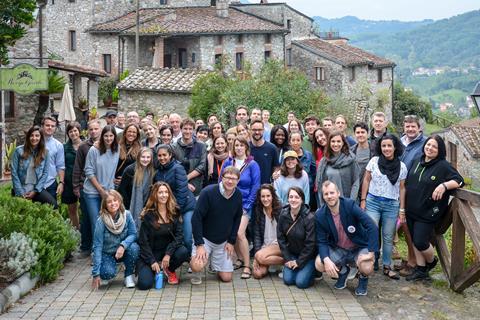 Darling Associates has confirmed an expansion at its London base on the back of a “surge” in full-year finances reported over the summer.

The practice has appointed 10 new architects - a 15% increase on its 63 staff in the UK. It added that its Poznan base in Poland was also expanding.

Among the latest additions to the practice’s work pipeline are its appointment as residential architect on a 6ha town centre scheme near Heathrow Airport, a 32,000sq m mixed-use project in Windsor and a 10,000sq m office scheme in Moorgate.

Managing director Chris Darling said the practice was navigating the political and economic challenges facing the UK in a “fairly robust way” that was continuing to expand the business.

“It’s very satisfying to see the studio go from strength to strength, whether attracting new talent, organically expanding our portfolio of client services, increasing the businesses ownership and of course working hard on some very exciting high-profile projects,” he said.

Darling said that in addition to the new architectural staff, the practice had expanded its shareholder base and appointed Rupert Eastell to its board as a non-executive director.