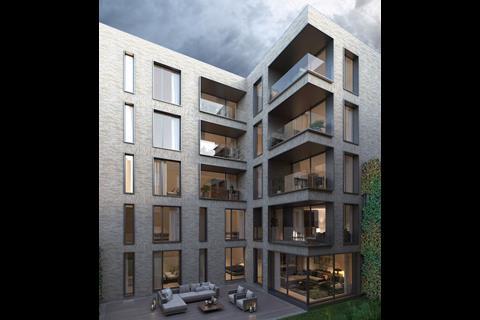 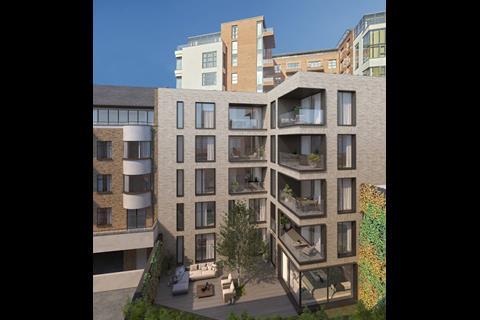 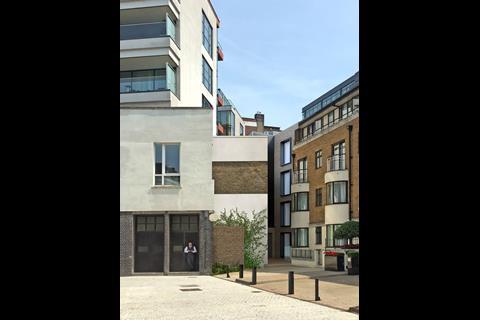 Darling Associates' proposals for Montpelier Mews in Knightsbridge, largely concealed behind existing buildings in the turning 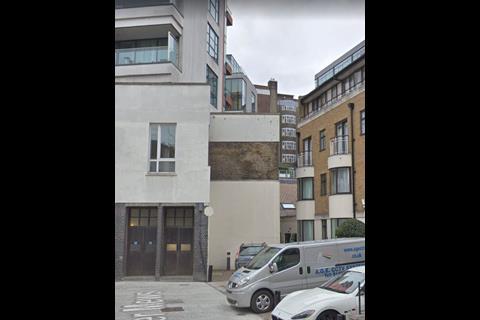 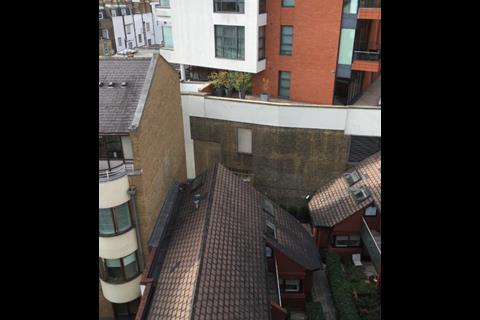 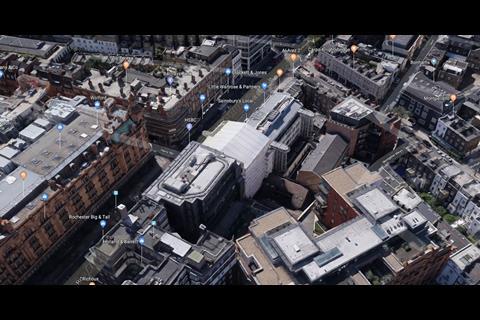 Overview of Montpelier Mews in Knightsbridge in context. The development site is to the right of the structure wrapped in protective sheeting.

The practice’s scheme, drawn up for Cheval Property Management, requires the demolition of the 1980s-built semi-detached homes in Montpelier Mews – a stone’s throw from the Harrods department store – for replacement with the new building. 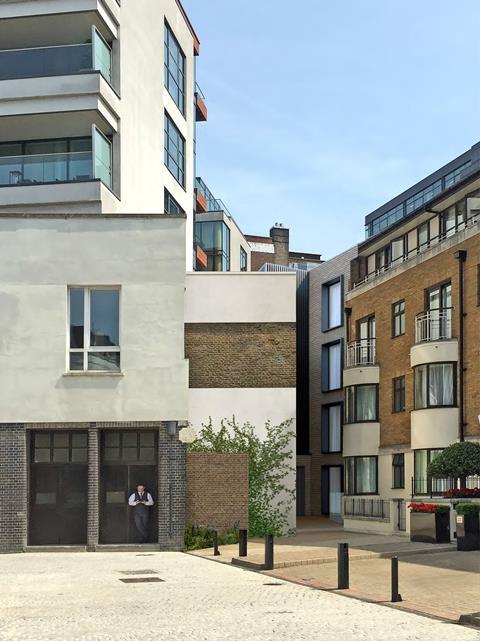 Darling Associates’ proposals for Montpelier Mews in Knightsbridge, largely concealed behind existing buildings in the turning

Despite being two storeys taller than the existing properties, the new block will still be largely hidden from view at street level, even in Montpelier Mews, as the 0.061ha site it is only accesisble via a 3m-wide path.

Westminster planning officers said that just two consultation responses had been received from residents in relation to the proposals – both of them objections, voicing concerns about increased plant noise. They said one of the responses dubbed the block a “cuckoo in the mews nest”.

The Knightsbridge Association warned that the proposals represented over-development within the Knightsbridge Conservation Area, and that both construction vehicles and traffic related to new occupants would be a problem. Officers said there were no listed buildings close enough to the site to be affected.

Recommending the plans for approval, they said Darling’s scheme was a “high-quality” proposal that was appropriate to the site and would deliver 848sq m of new residential floorspace in place of the 339.5sq m provided by the existing homes, and twice the the number of units.

The existing houses are all two-bedroom units, while the flats in the replacement block would be a mix of one-, two- and three-bedroom homes.

“The proposed new development would be notably larger than the existing, comprising of five storeys from lower ground to third floors,” officers said.

“From the north, four above-ground storeys would be presented to Montpelier Mews, while to the south, the lower ground floor also would be visible so presenting five storeys to view.” 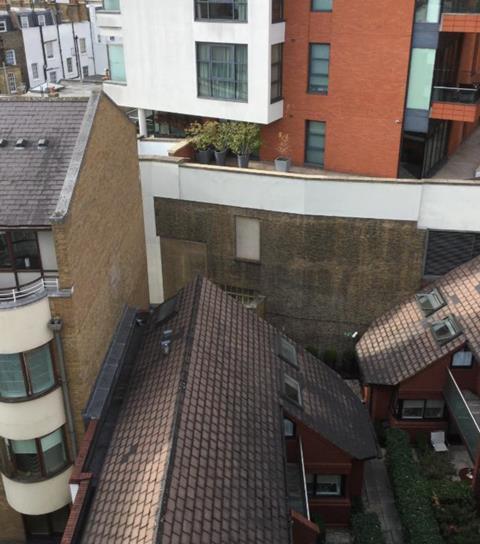 They added that the proposed block had been designed to sit below the eaves of the adjacent 20 Montpelier Mews block, delivering a lower height that meant it “sits comfortably within the corner plot, surrounded by taller developments”.

Officers concluded: “Whilst the proposals would represent a significant increase in scale and bulk when compared with the existing houses, its position set well within a gap back from the main mews and largely screened by the larger, surrounding buildings, means that it would have a largely neutral effect on the character and appearance of the conservation area.” 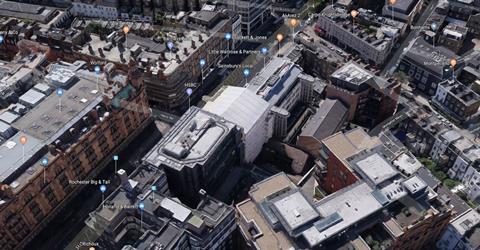 Overview of Montpelier Mews in Knightsbridge in context. The development site is to the right of the structure wrapped in protective sheeting.