Cost of some materials rises more than 60% in a year

Material prices increased 4.5% in July while the price of certain types of imported timber rose by some 23%, according to the latest figures.

Prices for imported plywood in July were nearly 82% higher than they were in August 2020, according to the latest figures from the Department for Business, Energy and Industrial Strategy (BEIS).

Fabricated structural steel has seen the next steepest rise in prices, at 65% higher compared with a year ago, while prices for sawn or planed wood have risen by more than 64% year on year. 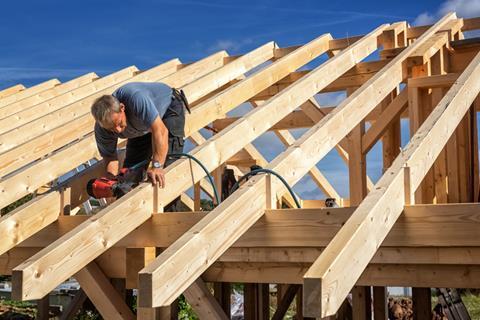 Prices for imported plywood were 82% higher in July than they were in August last year, while fabricated structural steel was up 65%

Material prices across all construction sectors in July were more than 20% higher than they were in the same month last year, with repair and maintenance seeing the largest increase at 23%.

The annual rate of construction output price growth was 3.4% in June 2021, the strongest annual rate since August 2019.

Brick maker Wienerberger has warned customers of a 10.3% price rise from 1 January next year for new orders and pre-orders across its ranges.

The firm said that it may need to further update prices during 2022 because of the “highly volatile” outlook in price changes.

Ibstock also said last month that its prices would rise by 10.5% across all ranger from November, while Michelmersh recently alerted customers to a 7% to 9% price hike.

A shortage of HGV drivers is contributing to the hikes, with the Construction Leadership Council last month warning that the issue is now the major concern for many materials suppliers.

The body said that some suppliers were asking builders merchants to collect their orders because they were unable to find enough drivers to complete deliveries.