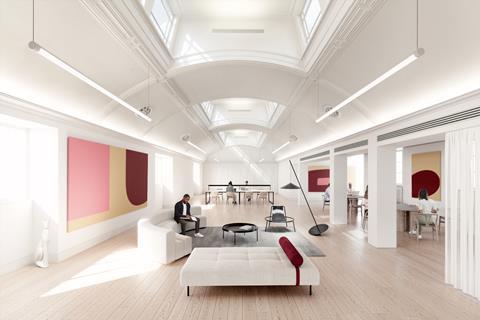 Buckley Gray Yeoman has unveiled the first images of the redesigned interior of the grade II*-listed Heal’s department store in London’s West End.

The practice has designed 140,000 sq ft of workspace inside the landmark 1917 furniture store on Tottenham Court Road for developer General Projects and real estate investor KKR, which acquired the site last year.

The offices, rebranded as the Manufactory in a homage to the building’s former use as a factory where Heal’s designed, manufactured and sold its furniture, will occupy eight buildings across the central London complex.

Works have already begun, with an initial 35,000 sq ft of office space set to complete in the coming weeks. 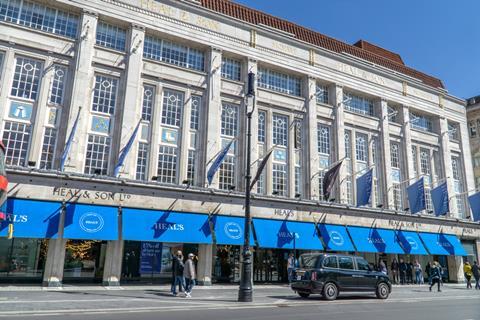 The furniture brand’s flagship store was built in 1917, but the firm has operated from the site since 1840

Heal’s has signed a new 20-year lease and will continue to occupy the building’s ground and lower ground floors, and will vacate 30,000 sq ft of space elsewhere in the complex in 2023 to make way for more workspace as part of a later phase of the scheme.

The site’s 200-year-old dispatch area on Alfred Mews, a backstreet which leads off the main road, will be transformed into a new entrance for the offices alongside a cafe and a bar.

Original features such as the building’s internal ‘street’ between Alfred Mews and another backstreet, Torrington Place, will also be restored and turned into a series of hospitality areas, while a landscaped courtyard will be created at the centre of the development. 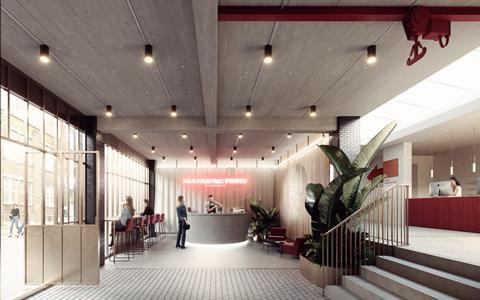 Heal’s chief executive Hamish Mansbridge said the project “secures an exciting future for the brand” in the building.

Founded in 1810 by John Harris Heal, the firm moved to its current location in 1940 and had become one of the best-known furniture suppliers in the capital by the end of the 19th century.

The redevelopment of the brand’s flagship store comes following a string of high-profile closures of large department stores, including those owned by Debenhams, House of Fraser on Oxford Street.

General Projects chief executive Jacob Loftus said the Heal’s scheme was intended to be an “exemplar of how adaptive re-use can serve the dual purposes of delivering best in class, design-led sustainable buildings whilst respecting and enhancing iconic heritage assets”.

It is the latest collaboration between the developer and Buckley Gray Yeoman, following the pair’s recent completion of Technique, a former gin distillery in Clerkenwell. 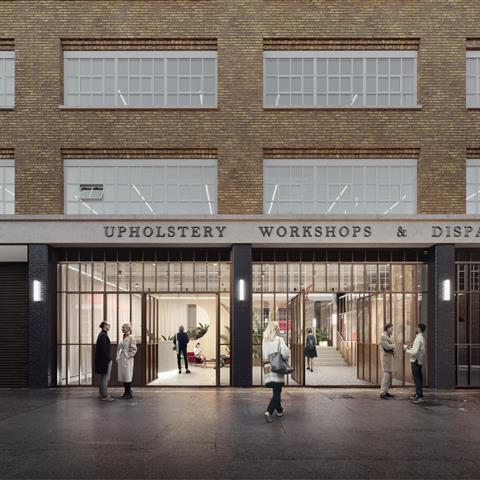