Practice’s plans for Hand Court redevelopment given the high-five 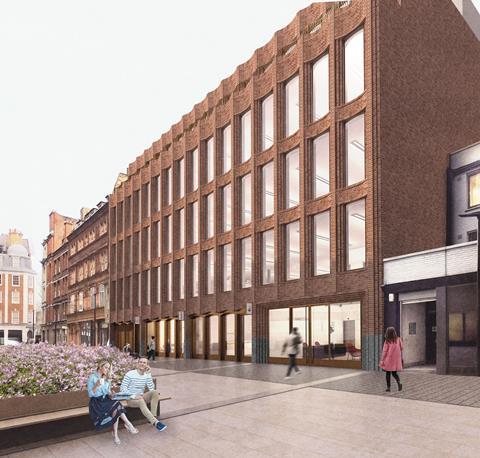 Buckley Gray Yeoman has won planning permission for proposals to redevelop a run of buildings in an alley off High Holborn in central London.

Its scheme would see the demolition of 18-21 Hand Court and the restoration of a neighbouring former pub, formerly known as the City of New York, at Nos 22-23.

The three-storey office building earmarked for demolition will be replaced with a five-storey block with a fluted façade and bronze metalwork under Buckley Gray Yeoman’s proposals, drawn up for Dubai-based investment and development firm SRG Holding. It will deliver a total of 1,730sq m of new space, split between offices and a roof terrace on the upper floors and retail at ground level. 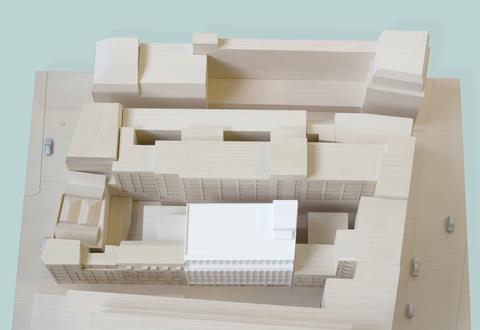 The neighbouring building, which was built in 1877, will be externally restored and switched to retail use at ground floor and basement level, with residential use continuing above.

Buckley Gray Yeoman director Paul White said that Hand Court was an “ideal location” that suffered from being “cut off by poor design and an unsociable public realm”.

“The focus of our work has been to create a design which places the public at the heart of the scheme and provides high-quality, contemporary architecture that is sympathetic to the surrounding character of the area,” he said. 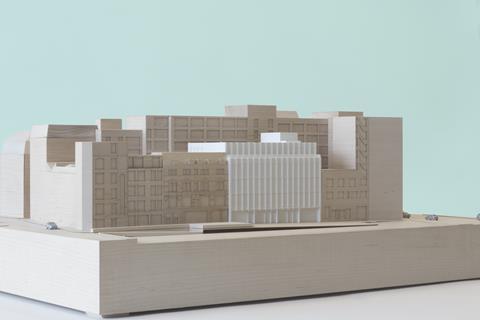 The scheme, which was approved by Camden council’s planning committee last month, is the second phase of a wider refurbishment programme that has seen neighbouring schemes completed at High Holborn House, Caroline House, Bedford Row and Brownlow House.

A proposal by Sheppard Robson to redevelop most of the block – including demolishing 18-21 Hand Court, Caroline House, parts of High Holborn House, and retaining just the facade of the former pub – won planning permission in 2009.

However the consent, which would have delivered a new eight-storey structure, was not implemented. 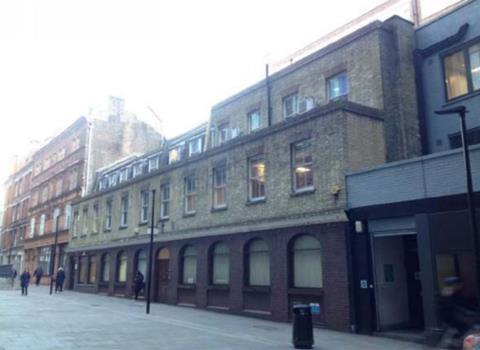 Hand Court in Holborn. The building in the centre of the picture is 18-21; the former pub, which will be retained, is to the left