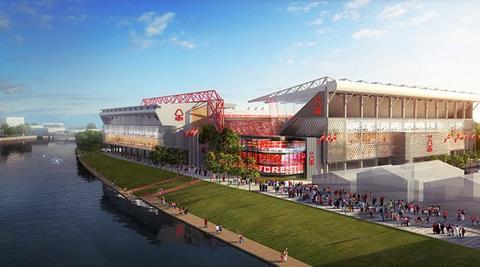 Benoy has signed up to design a new stand at Nottingham Forest’s City Ground, increasing the stadium’s capacity from 30,000 to 38,000.

Benoy’s chairman Graham Cartledge and his son Tom, the practice’s chief executive, are both non-executive directors of the two-time European Cup winners.

The scheme is being designed at Benoy’s Newark office. In a statement, the firm said: “At a time when a lot of clubs are moving their stadiums out of their city centres, Forest are proud to stay where they are.” 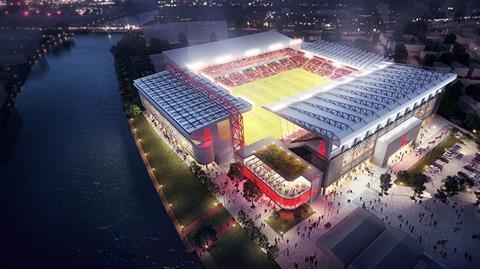 The new stand will increase the ground’s capacity to 38,000

The redeveloped Peter Taylor Stand, named after the assistant to manager Brian Clough during the club’s European Cup winning years in 1979 and 1980, will include 10,000 seats as well as hospitality.

Work on the development is expected to start next May once the 2019-20 season has been completed.

The club, which was last in the Premier League back in 1999, is currently ninth in the Championship – just outside the play-off places in the league.