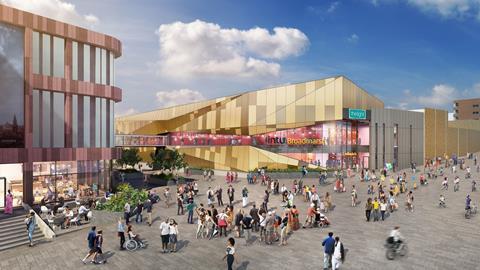 Work is set to start on Benoy’s redevelopment of the Broadmarsh shopping centre in Nottingham.

The £86m transformation has been given the go-ahead by Nottingham city council and preparatory work has been underway for a number of months.

Sir Robert McAlpine has been appointed as contractor and is expected to start work on site in the coming weeks.

Designed by Benoy, the architect of Westfield London, the Broadmarsh scheme is the latest in the pipeline for shopping centre developer Intu, which operates 17 in the UK and last year unveiled a 400,000sq ft extension to its Watford development.

It also plans to launch a £72m Lakeside leisure scheme in Essex later this year.