The site was previously the subject of a different design by local practice Allies & Morrison for a different owner.

The practice, currently working on Facebook’s new King’s Cross headquarters along with AHMM, has been chosen to design two office buildings either side of a new pedestrian route off Lavington Street in Southwark.

Part of the scheme will involve using an existing printworks and will provide a mix of offices, cafes and event spaces.

Landsec, which said the building will be fitted with carbon and energy reducing measures, is due to submit an application to local planners this year.

The scheme replaces an earlier one drawn up by Allies & Morrison after Landsec bought the site from another developer, Gaterule, last year. 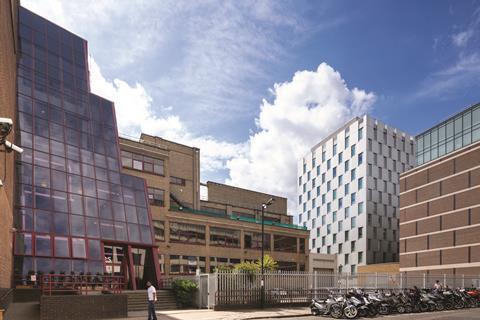 How the site currently looks