The makers of the combustible ACM panels blamed for the rapid spread of fire at Grenfell Tower threatened to cut ties with a testing house unless the panels were approved, the inquiry has heard.

Arconic had been in talks with the British Board of Agrément (BBA) to secure a Class 0 rating for its polyethylene-filled Reynobond PE panels to stamp them as safe for use on high-rise buildings in the UK. 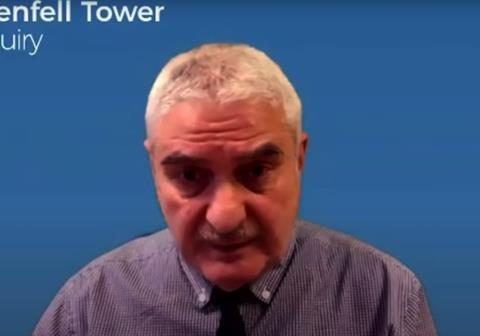 Thursday’s hearing was shown internal notes from the meetings, which were produced by Arconic, showing that in November 2006 the firm had issued a “threat to stop all dealings with BBA unless a satisfactory solution was found”.

The meeting notes concluded that “hard tactics may have helped our situation”.

Arconic was successful in obtaining a certificate from the BBA which stated that its Reynobond PE panels “may be regarded” as achieving Class 0, which the inquiry has already heard was seen by the manufacturer as crucial to its sales in the UK.

Several witnesses at the inquiry have said the certificate reassured them that the ACM panels were safe to use on the refurbishment of Grenfell Tower.

But the certificates were based on incomplete data from a pair of European tests in 2005 which had given two versions of the product – Reynobond PE and a more fire-resistant, expensive variant called FR – the Euroclass B rating, which is the equivalent of the UK Class 0.

These tests had been carried out on versions of the products designed to be installed with rivets.

The inquiry has heard that another version designed to be folded into cassettes and hung on rails – the type used on Grenfell Tower – had “performed disastrously”, releasing seven times more heat and three times as much smoke than the riveted version.

This test had produced a Euroclass E rating, which the inquiry heard this week was close to “spontaneous combustion”.

Arconic president Claude Schmidt denied last month that the firm’s failure to provide the BBA with the full test data had been “deliberate concealment”, adding that the BBA “could have found out” about the results in an audit – although he did admit that it had been a “misleading half truth”.

Former BBA project manager Hamo Gregorian told the inquiry yesterday that he could not remember the details of the meeting with Arconic which the manufacturer had described as featuring “hard tactics”.

Inquiry counsel Richard Millett QC asked: “Can you help us with what is meant there by ‘hard tactics’?”

Gregorian replied: “No, I can’t remember the details of this meeting at all,” adding: “Obviously, I mean, marketing were involved in this, and it must have emanated from marketing.”

Around 3,000sq m of the cassette version of the product were sold to the Grenfell Tower refurbishment project.

The inquiry has already found that the ACM panels installed on the 67m tall tower were the “primary cause” of the spread of the fire in June 2017, which claimed 72 lives.