BBA based decision to grant certificate for Grenfell ACM on Arconic’s own website, inquiry hears

A major certifying body issued a “materially wrong” certificate for the combustible ACM cladding used on the refurbishment of Grenfell Tower based on partial test data and information on the supplier’s website, a former project manager at the organisation has admitted.

For nearly a decade, the British Board of Agrément stated that the ACM cassette panels supplied by materials firm Arconic were safe to use on high-rise buildings in the UK without seeing the full data, the Grenfell Inquiry has heard. 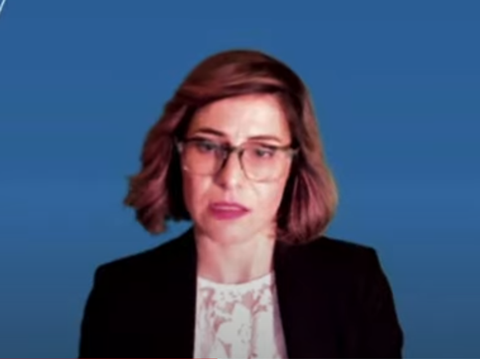 Former BBA project manager Valentina Amoroso admitted that in 2015 she had renewed a certificate giving Arconic’s Reynobond PE panels a class 0 rating, which cleared them for use on buildings above 18m, despite never receiving crucial updated test data from the firm which showed that the cladding fell far short of this rating.

She told Monday’s hearing that the BBA was not aware of this test data until it was contacted by a BBC journalist in 2018, a year after the fire which claimed 72 lives in June 2017.

The inquiry has already heard that the BBA’s original 2007 certificate for the panels had been based on incomplete data from a 2005 fire test of a version of the product designed to be installed with rivets.

Arconic had not supplied the BBA with the test data for the cassette version of the product – the type used on Grenfell Tower – which was designed to be folded and hung on rails.

This version of the product had failed a series of fire tests in 2005, 2011 and 2014, achieving a Euroclass E rating but the BBA certificate stated that both the rivet and cassette forms achieved a Euroclass B rating.

Four months before the certification was due for review in January 2014, Amoroso’s predecessor at the BBA had first contacted Arconic asking for the necessary material.

But Arconic did not reply to eight emails from the BBA, with the firm’s technical manager Claude Wehrle only responding in May 2014.

Arconic had still not supplied the required information in November when the review process was taken over by Amoroso, who continued to chase the firm until January 2015 and received only contact details of people she had already contacted.

Asked by inquiry counsel Richard Millett QC if she got the impression that Arconic had been “stonewalling” her, Amoroso replied: “Perhaps.”

Amoroso said that it “wasn’t completely uncommon that a certificate holder wouldn’t be very responsive during a review”.

Eventually, Amoroso emailed Arconic on 22 January 2015 to say that because of the “severe delays in closing this review job”, the BBA had decided to “go ahead with the information already in hands [sic]”.

Asked to clarify what was meant by this, Amoroso told Millett: “Instead of waiting for them to send [the requested information] to us, we reviewed what was on their website.”

Inquiry chair Martin Moore-Bick then intervened, asking Amoroso why the BBA had not refused to issue a review certificate unless the information was supplied.

Amoroso replied that this would only happen if the certificate holder denied access to the factory, and because the BBA was “not set up to do surveillances” in this specific case, “we didn’t have any reason to believe that they wouldn’t allow us to the factory”.

She added: “Therefore, that one reason that would have led us to suspend the certificate was not in place.”

The BBA finally issued the updated certificate in April 2015 but by this point new Arconic test data had downgraded the fire rating of the riveted panels from Euroclass B to C and given the cassette form of the product another E rating.

Millett asked Amoroso if she agreed that this new data meant that the certificate had “become materially wrong”. Amoroso replied: “Yes.”

The hearing was then shown an email from Amoroso’s team manager on 10 April 2015 which included comments and changes to the review for Amoroso to sign off.

The email said: “I hate losing and the other teams are creeping up the ‘closed Reviews’ leader board.”

Asked by Millett if there was an “internal rivalry as to which team could close the most reviews”, Amoroso said she did not remember that being the case but admitted: “There was a drive to close as many projects as possible before the financial year, that’s for sure.”

During the review, Amoroso had also been told that Arconic did not manufacture the Reynobond PE cassettes and so took “no responsibility” for them.

Following the review, the BBA issued a new certificate in August 2017, two months after the Grenfell fire, which still did not contain any reference to Arconic’s updated test data showing that they could not be regarded as class 0.

Asked by Millett if anyone at the BBA had asked Arconic to supply updated test data for the product, which still relied on the incomplete 2005 tests, Amoroso said: “No. It wasn’t a common procedure from BBA to ask for new test data every now and then.”

Millett asked: “But why not? There had been a fatal fire only a few weeks before. My question is: why didn’t you insist… on a confirmation that you had all relevant and up−to−date test data in your hands?”

Amoroso replied: “That is not the question for me. I was just doing what I was asked to do at the time.”

The BBA did not learn of the later tests until informed by BBC journalist Tom Symonds in 2018.

Asked how this could be the first time this data was discovered, Amoroso said: “I believe it was because in none of the reviews that we had carried out we checked the original test reports, because that was not the procedure the BBA would use.”

She added that she could not account for why it was left to a journalist to uncover the later tests.

Asked if she accepted that she should have been “much more proactive and assertive” in pressing Arconic for the latest data, Amoroso replied: “I believe BBA procedures should have been different.”

Last month, the BBA announced proposals to begin unannounced testing of randomly selected materials which are already being sold on the market.

It also said that it wanted to have earlier involvement with manufacturers during their product development process, including observation of tests submitted for assessment, reviews of all test results and storage of samples of materials used in tests for future reference.

The inquiry has already found that Arconic’s Reynobond PE cassettes, around 3,000sq m of which were installed on Grenfell Tower as part of its flawed refurbishment, were the “primary cause” of the rapid spread of flames up the sides of the building.