Architects cheer as Ministry of Housing recruits head of architecture

Architects have welcomed the announcement by the Ministry of Housing that it wants to hire a head of architecture.

It comes in the same month that housing secretary James Brokenshire established the controversial Better Building Beautiful Commission (BBBBC) under the chairmanship of Roger Scruton.

The department is now advertising for an experienced housing architect to advise on architectural policy and practice. The full-time post comes with a salary of up to £62,000. 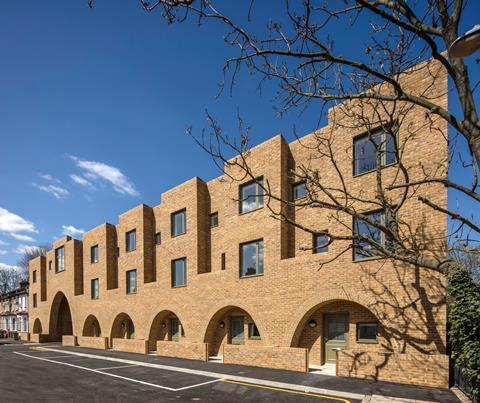 Worland Gardens, east London, by Peter Barber - the architects’ choice for the government’s new head of architecture post. The development was shortlisted for BD’s Architect of the Year Awards in 2017

Architects tweeted their thoughts on who should get the job, with nominations ranging from Alison Brooks, Peter Barber, Piers Taylor and Sarah Wigglesworth to former RIBA president George Ferguson and Public Practice co-founders Finn Williams and Pooja Agrawal.

Max Farrell, project leader for the Farrell Review commissioned by Ed Vaizey, claimed it as a victory for the review, one of whose recommendations was the appointment of a chief architect.

He added: “As we said at the time, ’there is a real opportunity for the government to take a lead on the importance of placemaking and design quality. Individuals within the public sector who champion architecture and the built environment have made a real difference, but they are few and far between’.”

Farrell is planning a fifth anniversary event in Feburary to celebrate the review’s achievements. “We can now add a chief architect to the list,” he said.

The new job appears to be part of the government’s current mission to promote beauty in new housing in an attempt to make developments more palatable to the public.

The job description makes several references to the preoccupations of the BBBBC. For instance it says the quality of design can be perceived as a barrier to planning permissions or public support.

But the job ad, on a civil service website, makes no reference to any particular style and the word beauty does not appear in the text.

The BBBBC sparked uproar in the profession because of Scruton’s well-known preference for traditional architecture and because housing minister Kit Malthouse sent a tweet which appeared to conflate the idea of beauty with classical architecture.

The job ad says: “A critical element of this role will be to establish the department as a centre of knowledge and advice on design matters to ensure that across government programmes the importance of design outcomes is recognised and implemented.”

Key responsibilities include: giving architectural advice on design to different departments; helping produce an action plan to raise awareness of the importance of good design standards in new housing; and helping draft policy to improve housing design quality and better engagement with communities.

The successful architect will also be expected to advise other teams around the country engaged in estate regeneration and the provision of new settlements, including approaches to masterplanning.

The skills requirements include being a qualified architect with a proven track record of delivering quality housing schemes, experience of working with communities and “strong political awareness and a proven ability to work with a range of stakeholders”.

The postholder will report directly to the chief planner but be primarily affiliated to the housing department’s design team.

How to apply for the government’s new head of architecture.

The closing date for applications is December 23.