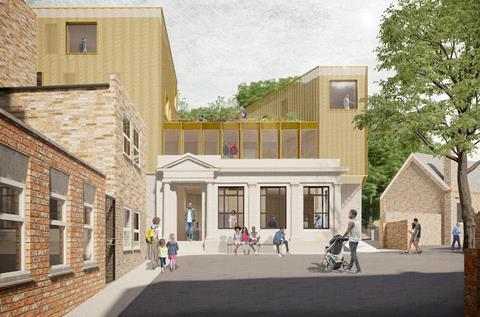 Proposals by fledgling practice If-Do to convert the 19th-century gatehouse of a former brewery into a community hub have been given the green light by Haringey council.

The project will see three cross-laminated-timber (CLT) storeys added to the locally listed neo-classical building, which is located down a narrow alley off High Road in Tottenham.

Known as The Yard, it will be part of the council’s regeneration of Bruce Grove with the 730sq m facility including a cafe, community event space and workspace. 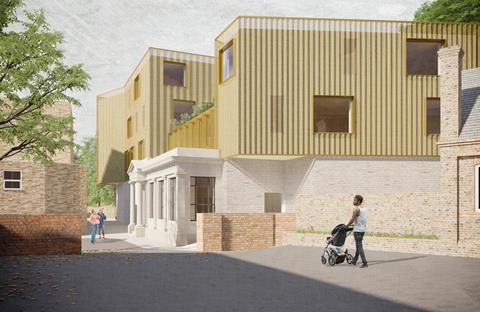 The existing single-storey building, fronted by an ornate white facade, is the only surviving element of the former Tottenham Brewery.

Above the facade, a glazed level, housing workspace, will link two three- and four-storey wings, with the new components clad in a gold-coloured mesh.

A planted roof terrace will sit above the glazed level, with access to the upper storeys provided by two external staircases. 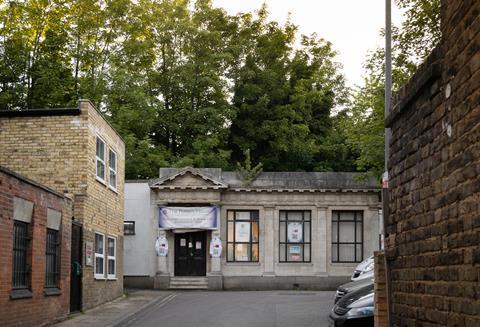 The practice said the lower middle section of the designs intended to preserve views from the main road to the trees lining the rear of the site, which backs on to railway tracks.

Alongside the use of low-carbon CLT, the £3m scheme follows Passivhaus principles and will include an air-source heat pump and solar panels to provide energy.

Construction is expected to start in January and complete by the end of next year. 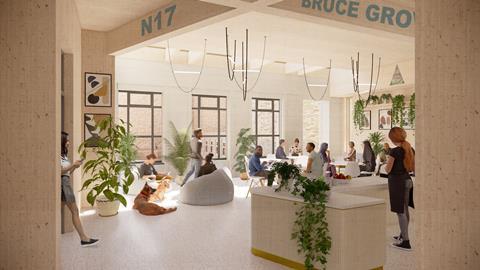 The community centre will house a café, events space and workspace

If-Do was founded in 2014 by three architects who met while studying architecture at Edinburgh University.

In 2017, the practice secured its breakthrough when it won a competition to design a pavilion in the grounds of the Dulwich Picture Gallery for the 2017 London Festival of Architecture.

Current projects include The Observer Building, a mixed-use transformation of a derelict printworks in Hastings. 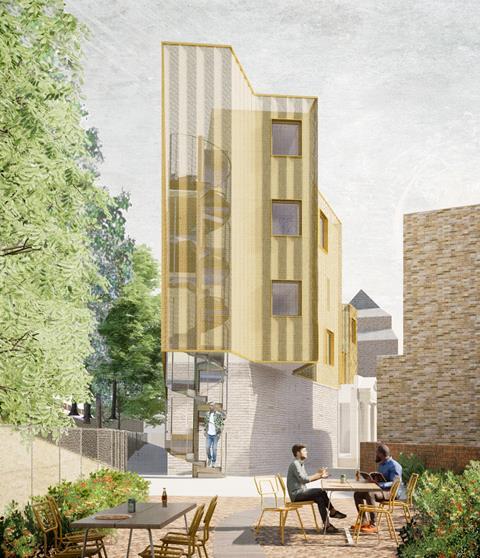 The building will be heated by an air-source pump