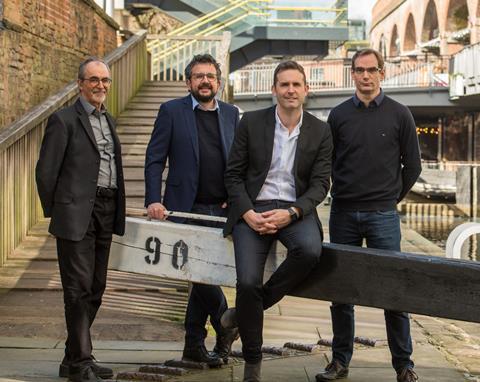 Von Bradsky, who was also the former boss of PRP, will provide strategic advice to the practice and its clients.

His appointment is one of three new senior hires. Manchester council’s former housing director Jon Sawyer has also joined the studio in an advisory role, and former Hodder & Partners associate director Tom Goldthorpe has joined as a new associate director.

Nick Moss Architects founder Nick Moss said he was “overjoyed to be welcoming three of the biggest names in northern housing and architecture to the firm”.

He added: “Expanding the team with such quality allows the practice and our clients to benefit from their valuable insight which is based upon a wealth of design, placemaking and development experience.”

Founded in 2012 as Sixtwo Architects, the practice rebranded last year to reflect a change in direction which saw Moss take full ownership of the business.

Major schemes in its portfolio include the RIBA award-winning conversion of a derelict warehouse, Stubbs Mill, into office space for Manchester developer Urban Splash.

The practice also designed an industrial building in Salford known as Foundry for developer Capital & Centric.

Von Bradsky stepped down as the government’s head of architecture in July last year after two and a half years in the role, saying he planned to “pursue other areas of interest”.

He was instrumental in the government’s response to the Grenfell Tower fire, and also worked on several major projects including the National Model Design Codem National Design Guide and estate regeneration strategies.

Prior to this, he worked for the housing department as a consultant for three years.