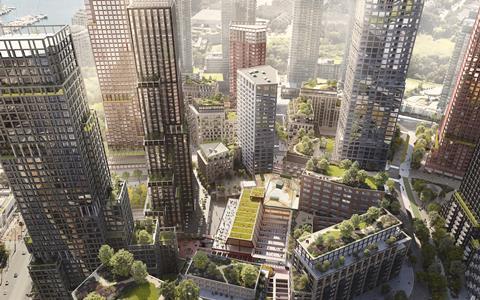 Allies & Morrison has submitted a planning application for its 11ha Humber Bay Shores project in Toronto.

The architect was appointed by developer First Capital Realty as lead masterplanner last year on what will be its first built project in North America.

The practice was the only British architect shortlisted in an international competition for the brownfield former biscuit factory site close to the edge of Lake Ontario – largely thanks to its work at King’s Cross in London.

The Humber Bay project will involve the transformation of the former site of the Christie Cookie factory – currently a void – into a new high-density piece of city. 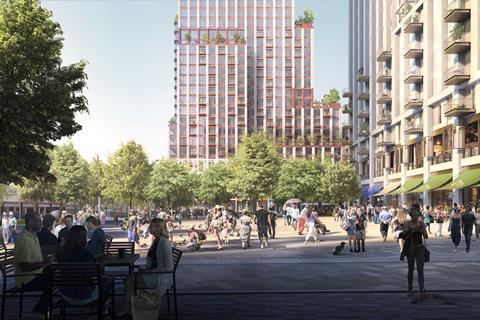 The masterplan aims to take advantage of the site’s location to create a place that is both urban and green, said Allies & Morrison partner Alfredo Caraballo.

The experience of pedestrians and cyclists have been prioritised, with buildings positioned to frame public spaces which include squares, parks and what he called a linear ravine landscape. 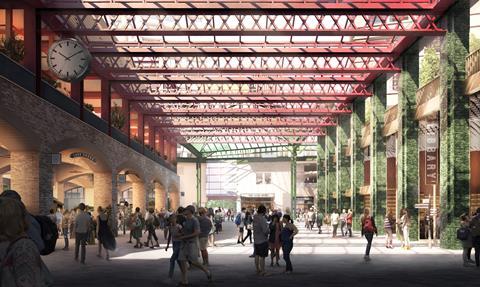 The development will be connected to the rest of Toronto via a new transit hub and new routes that knit the development into the neighbouring urban fabric.

“We believe that the first duty of a good masterplan is to create great public spaces where people meet or cross through, to foster those incidental interactions that make urban life exciting, interesting,” said Caraballo. 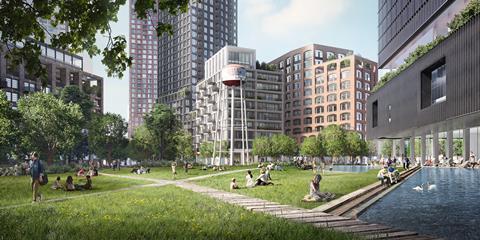 “This is why the first sketch we did for this project was not of buildings, but of the spaces between them. Herein lies the DNA of a great piece of city.” 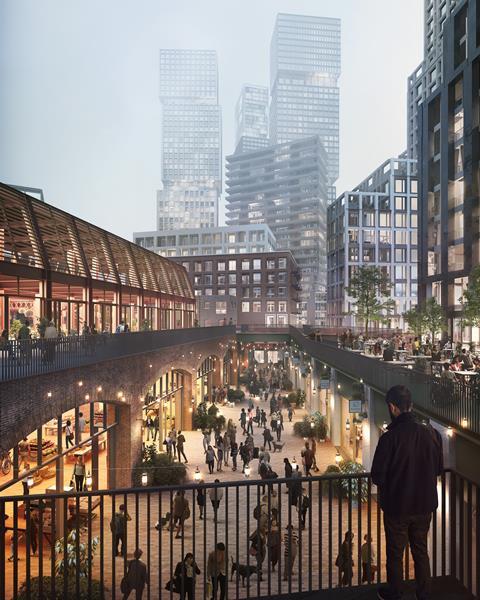 Galleria Terrace - at the centre of the development