Scheme for 66 homes in partnership with waterfront developer H20 Urban 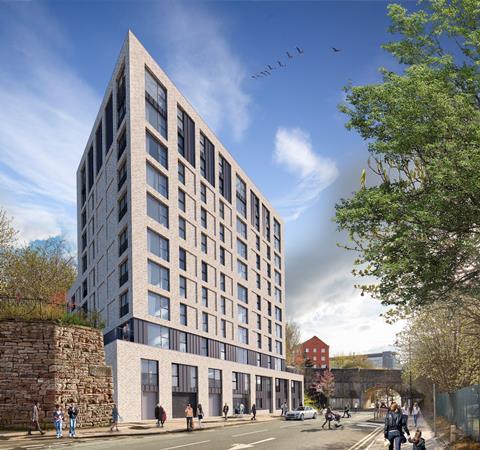 AHR has received planning permission for a 66-home waterfront scheme in Manchester which will be the city council’s first 100% shared ownership development.

The 11-storey scheme, designed for housing association Clarion and canal-side developer H20 Urban, is situated between Store Street and the Ashton canal in the Piccadilly Basin area near the city centre, and will include one- and two-bedroom flats as well as three two-bedroom townhouses.

Clarion said the scheme was Manchester City Council’s first development where all homes will be made available for shared ownership.

Clarion’s partner on the scheme, H20 Urban, is a join venture company between developer Bloc and charity the Canal & River Trust, which owns the UK’s 200-year old network of canals, rivers and docks. 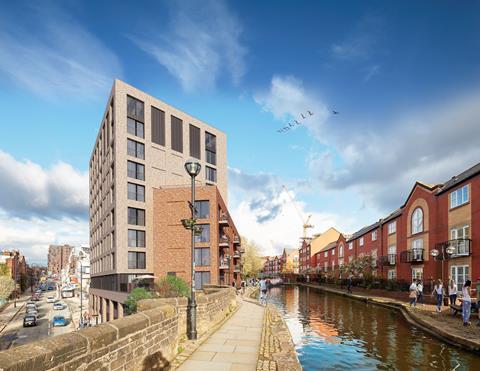 Richard Thomas, director at Bloc, said: “Our aim is to create unique waterside developments which balance local, historical and environmental sensitivities. Our scheme at Store Street epitomises this ethos, and will deliver a canal side building of exceptional quality in the heart of Manchester city centre.”

Cllr Suzanne Richards, Manchester council’s executive member for housing and regeneration, said: “Developing genuinely affordable homes in the city centre is a real challenge and it’s very welcome to see developers work with us to build the homes that Manchester people need.”