Scheme will replace 1980s buildings near Shoreditch and Whitechapel fringe 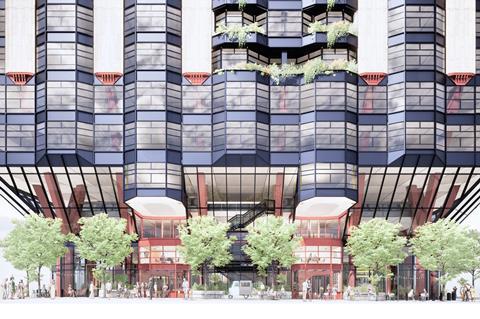 AHMM has submitted plans for a 24-storey office building in the City of London which the architect said “tackled head-on” the challenge of meeting net zero.

The 116m building, bounded by Houndsditch and Cutler Street as far as White Kennett Street, will be opposite Foggo Associates’ Can of Ham tower to the south and historic Devonshire Square to the north.

The 66,867sq m scheme will contain a variety of office spaces above retail and community uses. It will have four basement levels.

It will replace a series of “harsh” 1980s buildings which the practice said had created a hostile pedestrian experience with narrow pavements. It promised to widen the pavements and add trees and other planting, greening the site in the spirit of the Square Mile’s patchwork of small churchyards which provide places to rest or perch with a coffee. 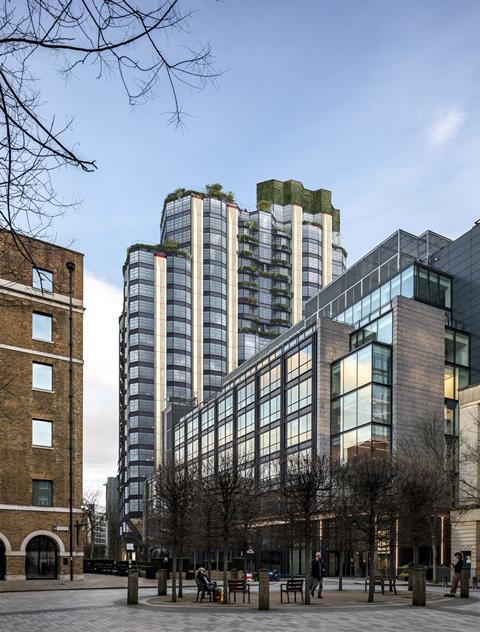 Rather than “another hermetically sealed building” the scheme would have “access to biophilia” on every floor and “industry leading quantities of fresh air”, said AHMM co-founder Simon Allford.

“In re-imagining Cutler Street, we were informed by our love of nature – creating a biophilic tower designed for the 21st-century city,” he added. 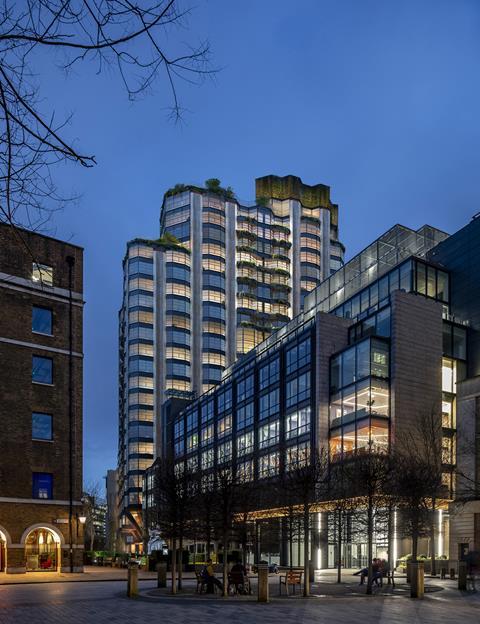 A statement from the practice and developer Brockton Everlast said: “The extensive design iterations have probed how the lowest embodied carbon outcomes can really be achieved, not just by looking green, but through intelligent ‘lean’ design, an interrogation of all the options including end of building life outcomes and respective supply chains to embed low carbon procurement into the project approach. 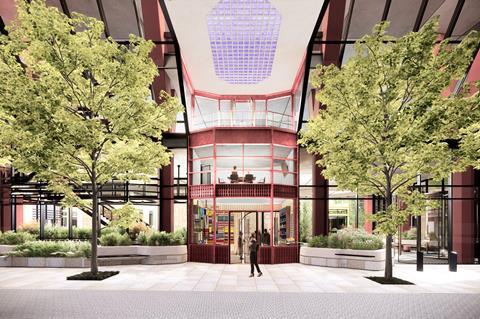 “Early stage calculations of achieving <600 kgCO2/m2 and an operational energy density of 55 KWh/m2 are considered achievable, with developer and tenants working together in partnership to ensure smart ways of working.” 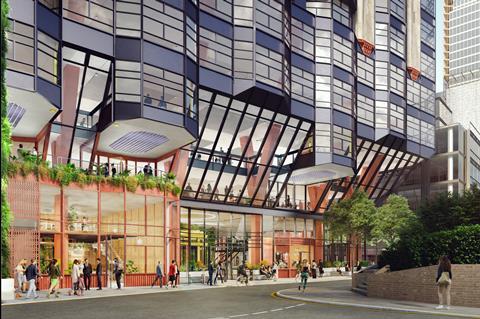 The design is aiming to achieve Breeam “outstanding”. 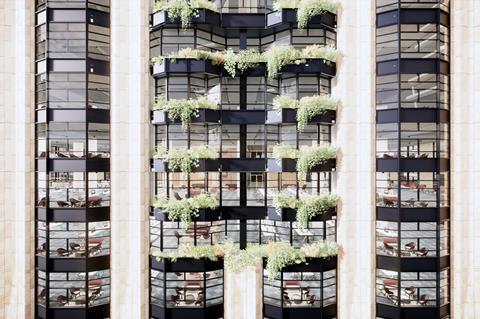 The statement said specific targets had been set for embodied carbon and operational energy density which “significantly exceed” the City’s policy for the urban greening factor, targeting 0.53 compared to an existing rating onsite of 0.0. 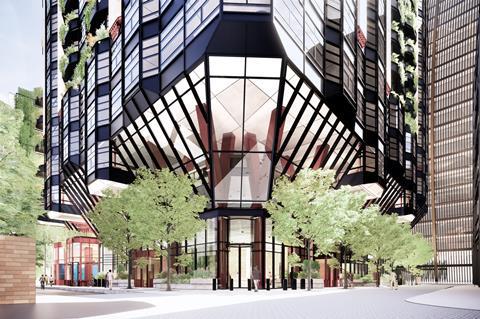 Above and below: Houndsditch view

Work could start on site in 2023 subject to planning. 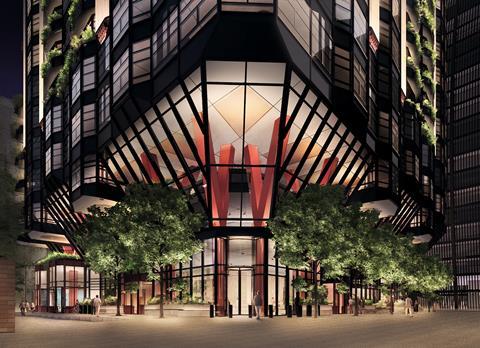