London mayor Sadiq Khan has stepped in to take over the planning process for a Hawkins Brown housing development knocked back by the local council. 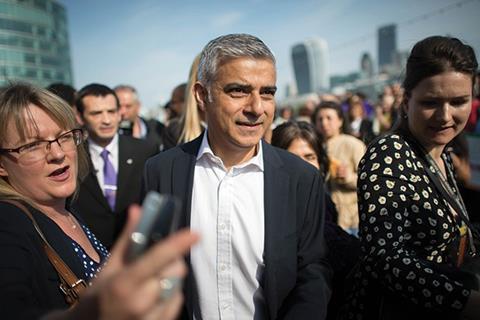 The plans on Capital Interchange Way in Brentford – close to the elevated section of the M4 motorway – include 40% affordable homes, 107 for shared ownership and 61 based on social rent levels.

The council knocked back developer L&Q’s proposal earlier this month over concerns the development would negatively impact local heritage sites including Kew Gardens.

It includes five buildings of between 12 and 18 storeys.

Khan said the impact on all heritage sites would be considered and that City Hall would work closely with L&Q to try to boost the amount of affordable housing beyond the current levels of 40%.

Khan said: “I have been clear that I will use the full range of my planning powers to help get London building the new and genuinely affordable housing we so desperately need. This rejected application in Brentford already delivers a good number of affordable homes but, by taking it over, it gives me the opportunity to work with the housing association, L&Q, to increase the levels even further.

“I will, of course, weigh up concerns raised about the impact on nearby heritage sites with the pressing need for more new and affordable homes in London.”

Plans also include a nursery, retail and office space that will lead to the creation of 43 new jobs.

The development sits within a new opportunity area, which has been identified as having the capacity to accommodate at least 7,500 new homes and 14,000 new jobs.

This is the fifth time the current mayor has stepped in to take over an application in order to boost affordable housing. Previous interventions have included increasing the affordable housing element from 9% to 35% at Allies & Morrison’s Hale Wharf in Tottenham, north London.