HOK is working on earlier phase of Timberyard Deptford project 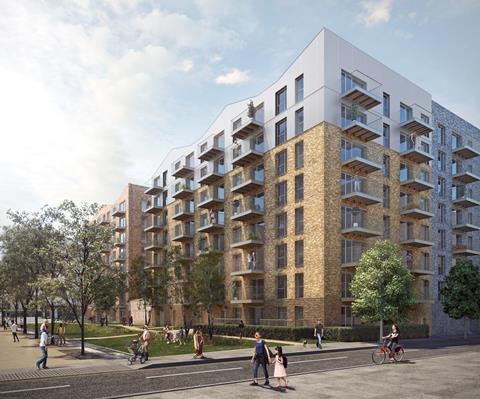 Hawkins Brown has won planning for the next phase of a build-to-rent scheme in south-east London.

It will include 251 apartments, along with 439sq m of retail and leisure and new landscaped public realm.

The scheme is on a site that is one of Lewisham council’s four designated growth and regeneration areas.

Construction work on the second phase is expected to start in 2020. Lendlease’s construction arm will be carrying out the work.

The wider scheme will see close to 1,200 homes built with Lendlease due to wrap up construction by the middle of 2022.

Architect HOK is also working on the scheme, mainly on the scheme’s taller blocks which, under a masterplan for the site, will see two taller buildings rise up to 24 storeys.