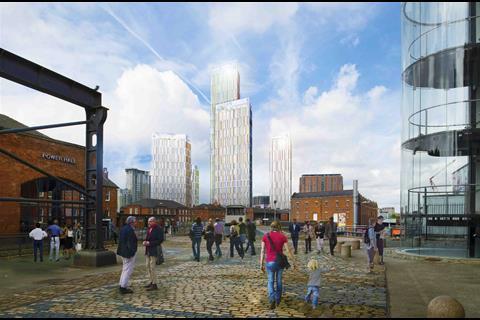 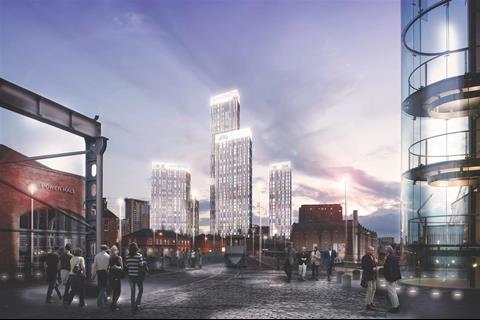 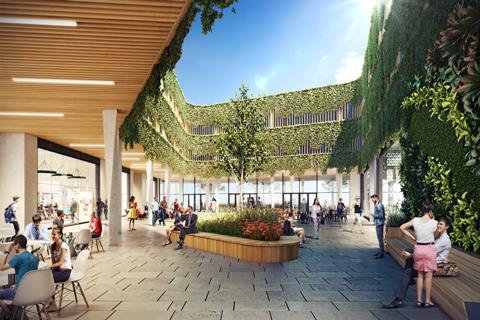 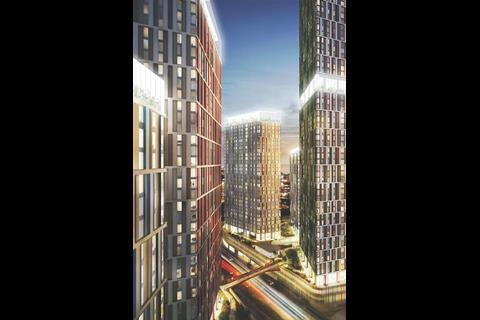 Scheme by Child Graddon Lewis due to be approved this week

Plans to build a 67-storey skyscraper in the heart of Manchester have been recommended by planning officials despite objections from heritage groups.

The tower, designed by Child Graddon Lewis, will be 237m high – dwarfing Ian Simpson’s Beetham Tower, which at 169m high is currently the city’s tallest building.

It will be part of what the architects describe as a “vertical village scheme” comprising five towers ranging from 26 to 67 storeys, which will house around 3,000 people.

The Trinity Islands development, by Allied London, is centred on Water Street, in Manchester city centre.

The plans have been condemned by the Victorian Society, concerned that the “gargantuan scale of the towers… would conflict with the prevailing character and defining aspects of the area”.

But in a report submitted to the city’s planning and highways committee, which will consider the application this Thursday, planning officers have recommended the scheme be allowed to go ahead.

The report states: “It is acknowledged that the proposal could cause some harm to the setting of nearby listed buildings, but that this would be less than substantial harm.”

It adds: “The quality and design of the proposal, the enhancement to the surrounding townscape and the substantial public benefits delivered would mitigate against any instances of minor and moderate adverse harm.”

Allied London and CGL have previously worked together on a residential scheme across the Pennines at Leeds Dock.