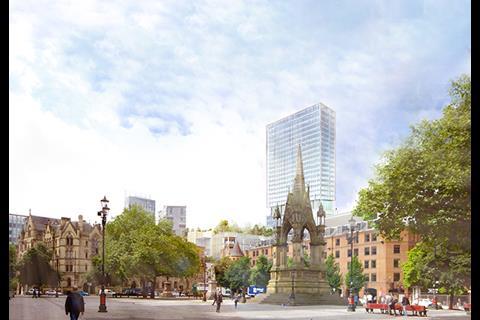 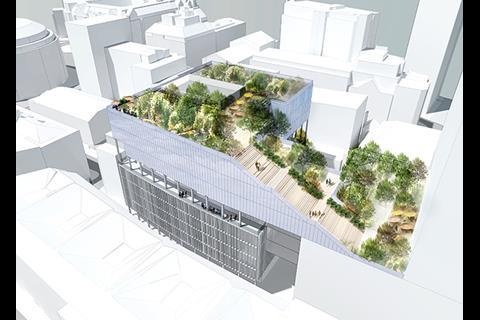 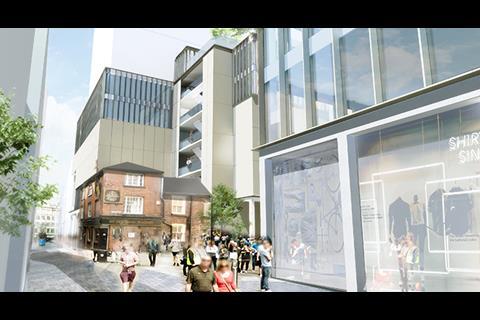 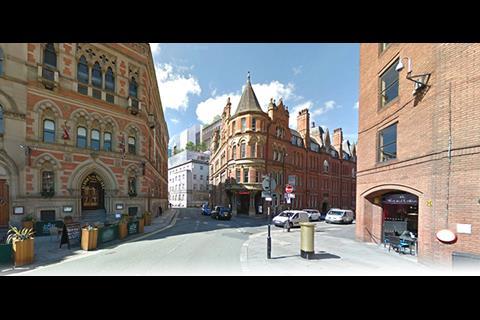 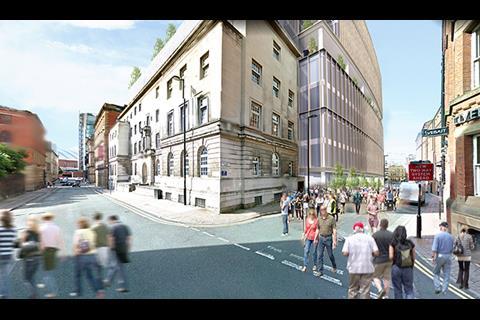 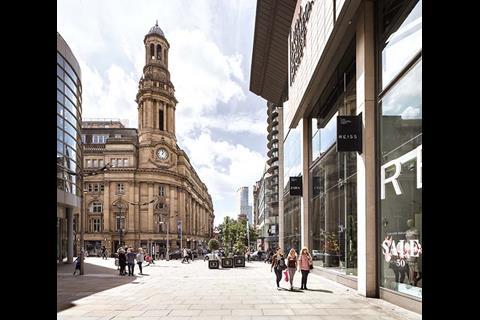 The new designs come after earlier proposals designed by Make were derided by a number of heritage groups, including the Twentieth Century Society and Save Britain’s Heritage.

Historic England also raised concerns about the original proposals which would have seen two towers, 21 and 31 storeys high, built on the 6,000 sq m city centre site known as Jackson’s Row.

The £140 million towers, called St Michael’s, would have housed a 201-bed five-star hotel, 159 apartments, 12,800 sq m of grade A office space and 4,500 sq m of retail and leisure space, including two new sky bars and restaurants.

Last month Make confirmed it had pulled out of the project after the footballers in March conceded that the proposals would need to change.

Hodder was brought in over three months ago to carry out an independent review of the original scheme after the heavy criticism of the Make scheme, and were then appointed to lead the design and development after Make stepped away.

The new plans see a highly glazed single tower with nickel-coloured curtain walling, standing 2m lower than the previous scheme at 134.5m, located at the extreme west end of the site, furthest away from the civic core.

The tower is also now configured on a north/south axis, which the developers said will not project above the roofline of the Central Library when viewed from St Peter’s Square and minimises its visual impact on St Ann’s Square. It will contain an international 5-star hotel and high quality apartments separated by a sky bar at mid-height.

The revised proposals will also see the retention of the nineteenth century Sir Ralph Abercromby pub and the frontage of the former Bootle Steet Police Station.

Chinese contractor Beijing Construction Engineering Group International is already on board to build the scheme.

Gary Neville said: “This is a scheme which will make a significant contribution to the growth of Manchester city centre and create 1,500 jobs.

“It was important that we got it right and while we believed in the original scheme we have taken the opportunity to reflect on how we deliver the best possible proposal which balances generating the maximum economic benefits for the city and job creation, and our architectural ambition, with heritage and conservation.

“We did not shy away from the passionate debate around the original proposals but instead embraced it in a positive spirit and addressed some of the issues raised head-on.

“At the same time, we have kept faith with our central vision of creating a true mixed-use destination with a signature development of the highest quality including residential living, Grade A offices, a five-star hotel, exciting retail and leisure units and world-class outdoor spaces.

“The confidence of investors and occupiers has been retained throughout this process and, subject to planning approval, we will be on site by spring/early summer 2018.”

Stephen Hodder of Hodder & Partners added: “We have carried out a comprehensive analysis of the design approach which has led the team towards a different design philosophy which will make a positive impact on the conservation area and support activity which currently does not exist in an under-used and often overlooked part of the city centre.

“This takes on board and responds to feedback from the public and Historic England and involves the retention of buildings wherever possible, the reduction of impact, activation, connectivity and colour. We firmly believe the revised scheme is the right solution for the site.”