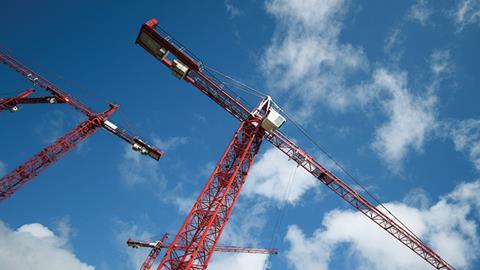 Confidence among London-based architects has crashed back to levels last seen just after the EU referendum.

Practices based in the capital are the most cautious in the country about future workloads, according to the RIBA’s latest Future Trends survey.

More practices expect workloads to shrink than to rise, indicated by a score for August of -6, down from -2 the previous month.

The last time confidence was this low in London was a year ago. It contrasts sharply with the +17 score for April, although even then London was more cautious than elsewhere in the country. Anything over 0 means more practices expect workloads to rise than expect them to fall.

The most bullish region is the north of England, at +39, followed by East Anglia and the Midlands.

The overall score for the country was +11 in August. This compares with +14 in July and a recent high of +23 in May.

In terms of different work sectors, it was a very mixed picture. The private housing sector workload forecast was the stand-out performer with a score of +19. Housing at all scales remains the primary engine that is sustaining modest growth in overall workloads.

In contrast, the commercial sector workload forecast fell back significantly, with a balance figure of +2 in August, down from +8 in July.

At the same time the RIBA Future Trends staffing index also fell, down to +5 in August from +10 in July. But the positive scores mean most practices expect their permanent staffing levels to either remain the same or increase over the coming quarter.

RIBA’s executive director for members, Adrian Dobson, said: “August’s RIBA Future Trends survey continues with the consistent themes we have seen over summer 2017, namely a steady outlook in the medium term, but a sense of a more unpredictable longer-term outlook.

“Housing remains the area of most growth, though many of our corresponding practices report that fee competition remains fairly intense.”